Twice as many elephants work in Thailand’s tourism industry as the rest of Asia combined, with the vast majority kept in “severely inadequate conditions”, a new report revealed Thursday. 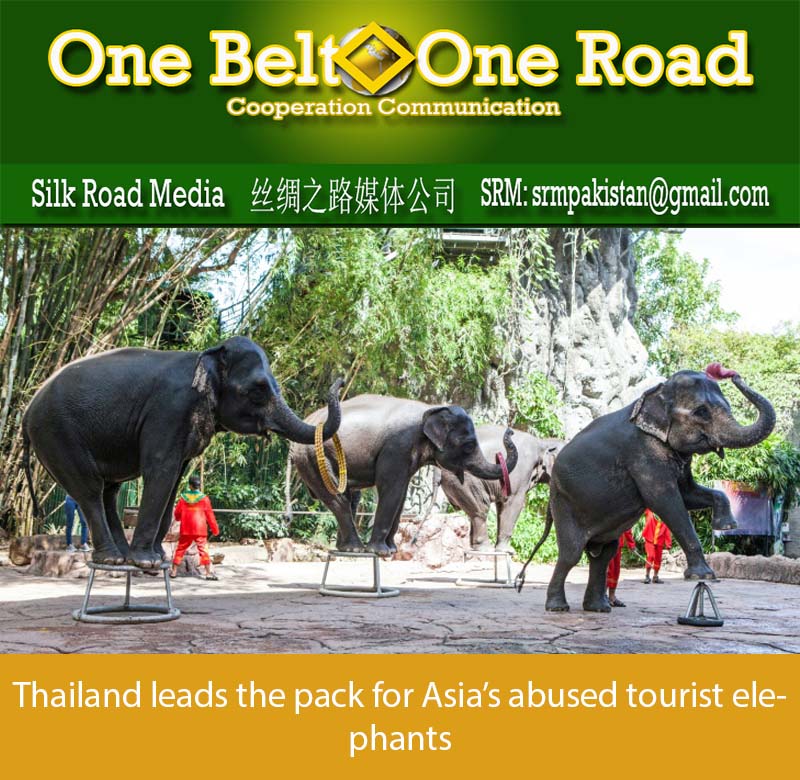 The world’s largest land mammal is a huge draw for tourists across two continents. But while Africa’s elephants are more likely to be spotted roaming vast nature reserves, their Asian cousins are less fortunate.

A multi-million dollar industry has flourished in recent decades with tourists taking rides on the giant beasts or watching them perform in circus shows.

Researchers from World Animal Protection spent two years visiting 220 venues using elephants across Asia, in what they describe as the most comprehensive survey to date of a rapidly growing, lucrative, but poorly regulated industry.

Their data showed pachyderm welfare routinely came in second place to turning a fast profit, with three-quarters of Asia’s captive elephants kept in conditions that were rated poor or unacceptable.

Thailand stood out as the global epicentre. Of the 2,923 elephants WAP documented working within Asia’s tourism trade, 2,198 were found in Thailand alone.

The next largest industry was India, with an estimated 617 elephants, followed by Sri Lanka on 166, Nepal on 147, Laos on 59 and Cambodia with just 36.

All the venues visited, which researchers said represented 90 percent of the industry, were rated on a scale of 1-10 in terms of conditions with 77 percent scoring between just one to five — what researchers classified as “poor or unacceptable”.

“When not giving rides or performing, the elephants were typically chained day and night, most of the time to chains less than three metres long. They were also fed poor diets, given limited appropriate veterinary care and were frequently kept on concrete floors in stressful locations,” the report said.

Cambodia averaged 6.5 but researchers noted there were just 36 elephant in four venues, two of which got good marks.

Highest rated venues rarely or never chained their elephants, limited or banned close interactions with tourists and allowed the animals to socialise in herds.

In Thailand only eight venues were rated as good, compared to 114 rated poor.

Jan Schmidt-Burbach, a Thailand-based expert with WAP, said tourists had the power to improve captive elephant lives by choosing venues that promote observing animals over interacting with them.

“As a general rule, if you can ride, hug or have a selfie with a wild animal it’s cruel and you just shouldn’t do it,” he told foreign media agencies.

Researchers added that the 30 percent increase in Thailand’s tourist elephant population since 2010 was based mostly in poorly rated venues.

Thailand’s elephant entertainment industry took hold in the 1990s after authorities banned the use of elephants in commercial logging and owners said they had to find new revenue.Most of that generation of elephants have now died out, yet the number of elephants involved in the trade keeps increasing. The country has more elephants in captivity than living in the wild.

WAP said they were particularly concerned by Thailand’s animal circuses, where elephants can often be seen riding tricycles, walking on tightropes and even playing basketball.

“The training required to make elephants perform such tricks is particularly cruel and stressful,” researchers said.
Source by: pakistantoday.com.pk