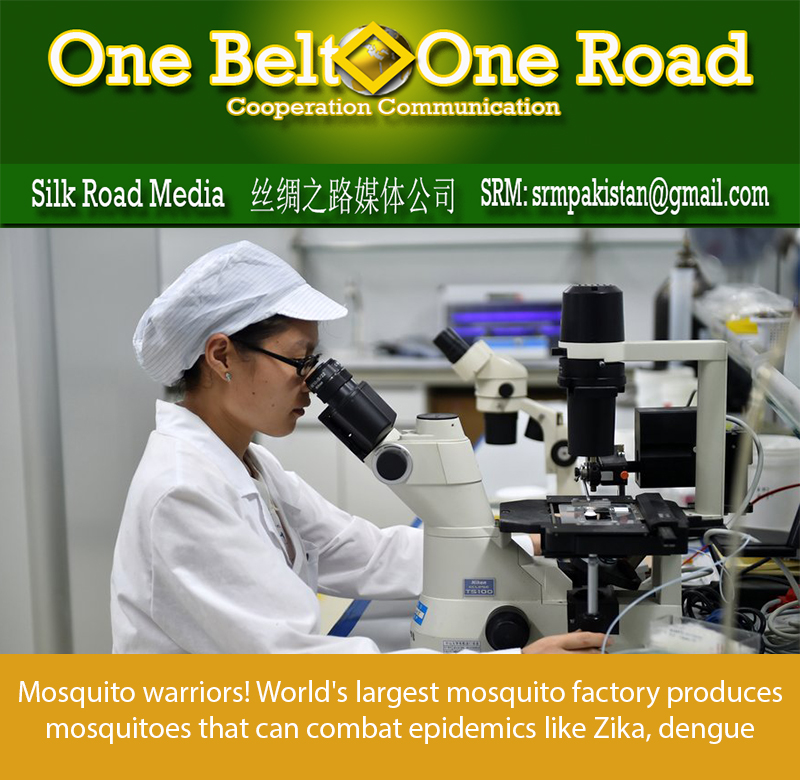 Male Aedes albopictus mosquitoes are infected with Wolbachia bacteria that makes them sterile, so the wild females they mate with lay infertile eggs.

These mosquitoes are produced in the world's largest mosquito factory in Guangzhou.

Since January, Xi's team has been helping the Mexican city of Merida prevent Zika outbreaks by providing mosquitoes and equipment.

Two villages have been selected for release. Community education and baseline data collection are under way.

According to the World Health Organization (WHO) website, dengue and Zika virus are common in tropical and subtropical regions around the world. A WHO factsheet reads that dengue is now endemic in more than 100 countries. An estimated 500,000 people with severe dengue require hospitalization each year, and about 2.5 percent of those affected die, the report said.

Margaret Chan, director-general of WHO, said in February that some 70 countries and territories have reported Zika cases since 2015.

"Vaccines for Zika and dengue are a long way off," said Liu Qiyong of the Chinese Center for Disease Control and Prevention. 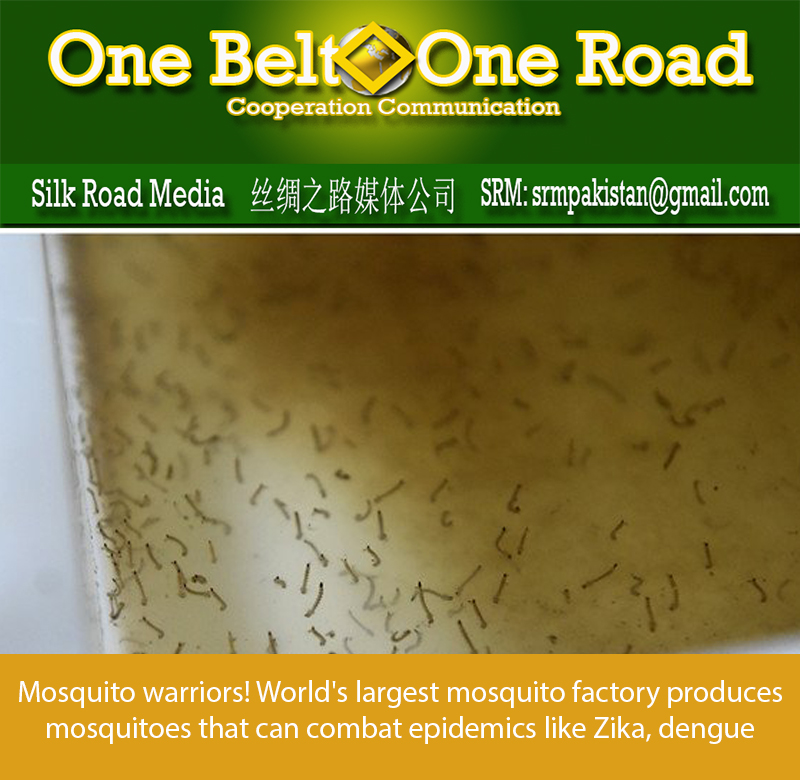 He said the most effective vaccine for dengue at the moment is only 60 percent effective and traditional approaches like pesticide are bad for the environment.

Since the 1990s, scientists have been seeking new ways to contain the epidemics. They now focus on the vectors of the viruses -- generally mosquitoes -- and have tried to form a stable symbiotic relationship between Wolbachia bacteria and the insects.

In 2005, Xi injected Wolbachia into the eggs of Aedes aegypti to establish the first generation of infected mosquitoes, and in 2011 started on the Aedes albopictus, which are more common in China, and began the mass production in the "mosquito factory."

Sterile adult males produced have been released in two isolated islands in southern Guangzhou for experiments. Compared with the control group on a third island, the mosquito population there dropped by 90 percent. Th WHO has since accepted the Guangzhou approach as a method of Aedes vector species control.

Last year, the United States Agency for International Development (USAID) set up a fund for new approaches to tackle Zika in South and Central America. Xi's method was one of the 21 selected from nearly 900 submissions.
With 1.5 million U.S. dollars from the USAID and the Mexico government, Xi began building a mosquito factory in Merida.

The Wolbachia-infected Aedes aegypti mosquitoes the project uses are offspring of the strain established by Xi in 2005.

Countries in the Americas, Africa and Asia have requested cooperation and training in Wolbachia technology and mass production of mosquitoes. Last year alone, Xi's factory received visitors from over 20 countries.

"The current experiments are so far safe for the ecology, but unpredictable ecological problems may arise if the method is widely used," Liu said. "We must build a long-term mechanism to track and assess the possible problems."

Vaccines for zika and dengue can only control the spread of a single disease, but Xi's method may prevent multiple virus outbreaks, such as malaria, he said.

"We cannot afford to stop research and development despite any risks," Liu said.