On June 18, students at six Chinese universities received items they had purchased from JD.com from robot couriers. 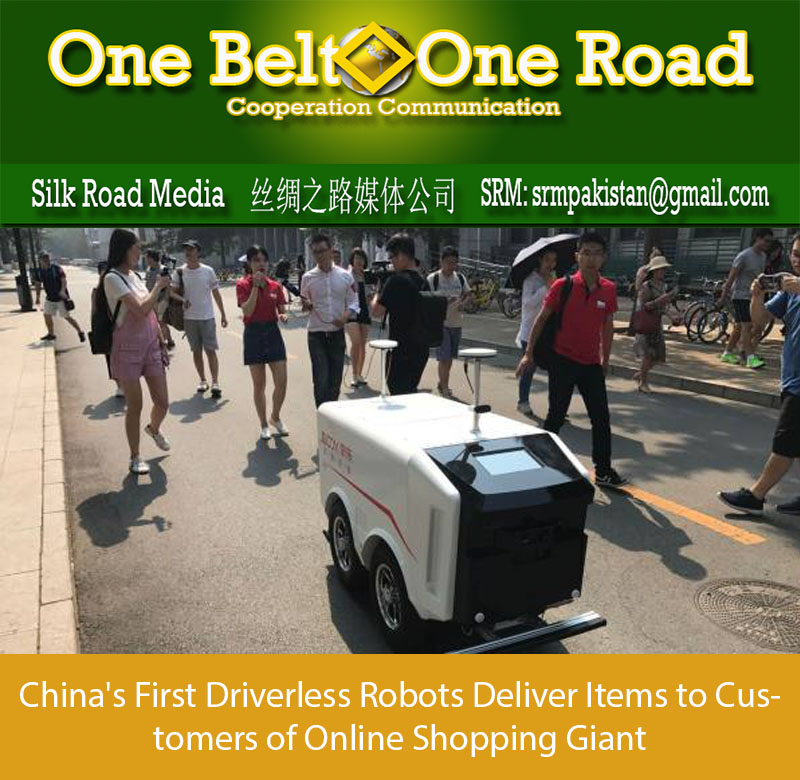 Still a pilot project, the robots were dispatched to just half a dozen universities, including Renmin University, Tsinghua University and Zhejiang University. At JD.com delivery stations, items were first divided among the robots according to size. The smart robots were then able to plan their routes with the help of an automatic navigation system, which also assists them in avoiding obstacles en route.

They follow preset routes and send messages to the recipients when they are 100 meters away from their destinations. The robots can move as quickly as electric bikes, though they are set to walk at the speed of pedestrians when on campus. They also slow down in advance of speed bumps.

University students will be the first group to benefit from the new technology. Considering the openness of college students when it comes to hi-tech products, JD.com will highlight its 1,300 delivery stations at universities as the promotional campaign for robot couriers kicks off.