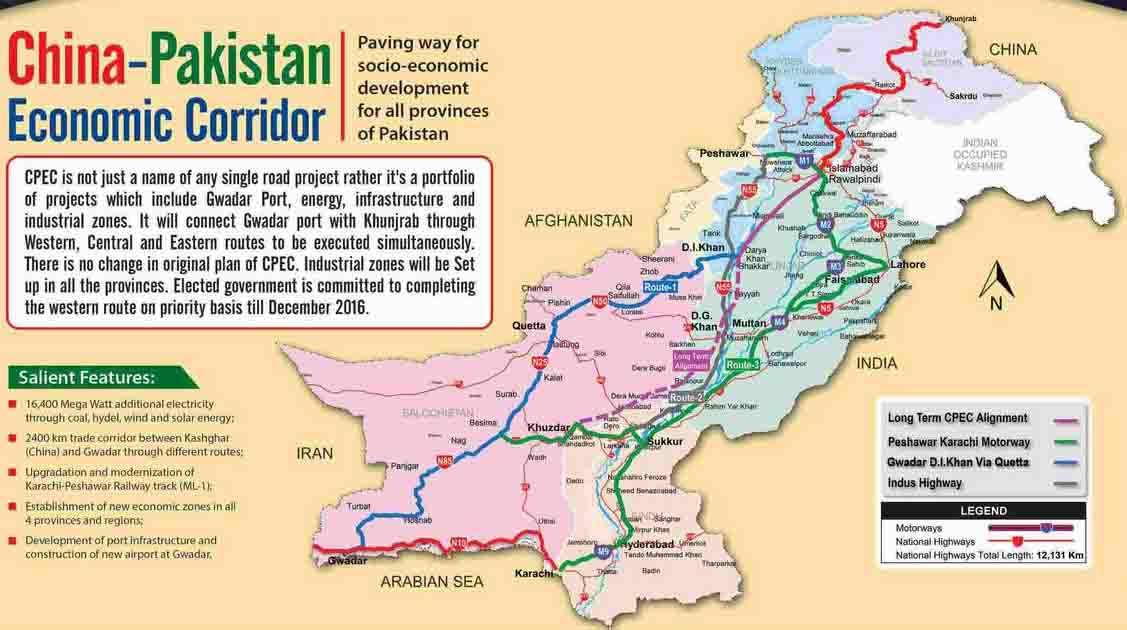 Islamabad, July 31: Pakistan's Board of Investment (BOI) in coordination with provincial governments is working for establishment of Special Economic Zones  to boost industrial production in the country, said spokesman of the BOI talking to state media.Some 46 sites have been identified for establishing these zones to leverage various routes of China-Pakistan Economic Corridor (CPEC), he added.

Spokesman further said out of these, nine sites have been declared as Priority Zones under CEPC.
According to BOI officials, SEZs will be established each in all the four provinces, federal areas and Gilgit-Baltistan under the CPEC. The ZEZs sites include Rashakai in Noshera, Hattar, Sheikhupura, Faisalabad, Bostan near Quetta, Khuzdar, Thebaji and Keti Bandar plus Gilgit and a federal industrial zone in Islamabad as well as one near Port Qasim in Karachi, Sindh province of Pakistan
Officials of Parliamentary Committee on CPEC say SEZs are being open to all investors, both Pakistani and Chinese besides other foreign firms.
Under the CPEC framework, nine zones, nine sites for SEZs have been declared priority sites and these sites have been identified through close coordination between the federal and the provincial governments.
Under the framework of China's 'Go Global' policy, Central government encourages Chinese companies to invest in markets of developing countries where cost of production is low.
Speaking on the economic opportunities offered by Pakistani market, Ibrahim Qureshi, President All Pakistan Business Forum (APBF) says “China is extremely talented in developing zones, especially from 1985 to 1995 and from 2009 to 2015, and Pakistan can learn much from the Chinese”.
"Every zone had special benefits for the investors in terms of skilled workforce, location, raw material and linkages with other parts inside and outside of the Pakistan", he adds.
According to officials of Pakistan's Ministry of Planing, Development and Reforms,China-Pakistan Economic Corridor (CPEC) is a long-term development project worth $62 billion comprising of power plants and energy pipelines, 46 Special Economic Zones (SEZs), fiber optic network, and network of highways and railways linking western China’s Kashgar to a deep-water Gwadar port on Pakistan’s Arabian Sea coast.
Senator Mushahid Hussain Sayed,Chairman of Parliamentary Committee on China Pakistan Economic Corridor (CPEC) says CPEC is the flagship of OBOR, the pilot project, the single biggest comprehensive project between any two countries in the history of international relations.   According to Chinese media reports, China's Belt and Road Initiative (BRI) was proposed by Chinese president Xi Jinping in 2013 and it refers to the Silk Road Economic Belt and the 21st Century Maritime Silk Road, aiming at building a trade and infrastructure network connecting Asia with Europe and Africa along the ancient trade routes of Silk Road.
Economic experts say CPEC as flagship project of BRI will not only benefit China and Pakistan but will have positive impact on Iran, Afghanistan, India, Central Asian Republics, and the other regions.
By Muhammad Arif , Source: Monitoring