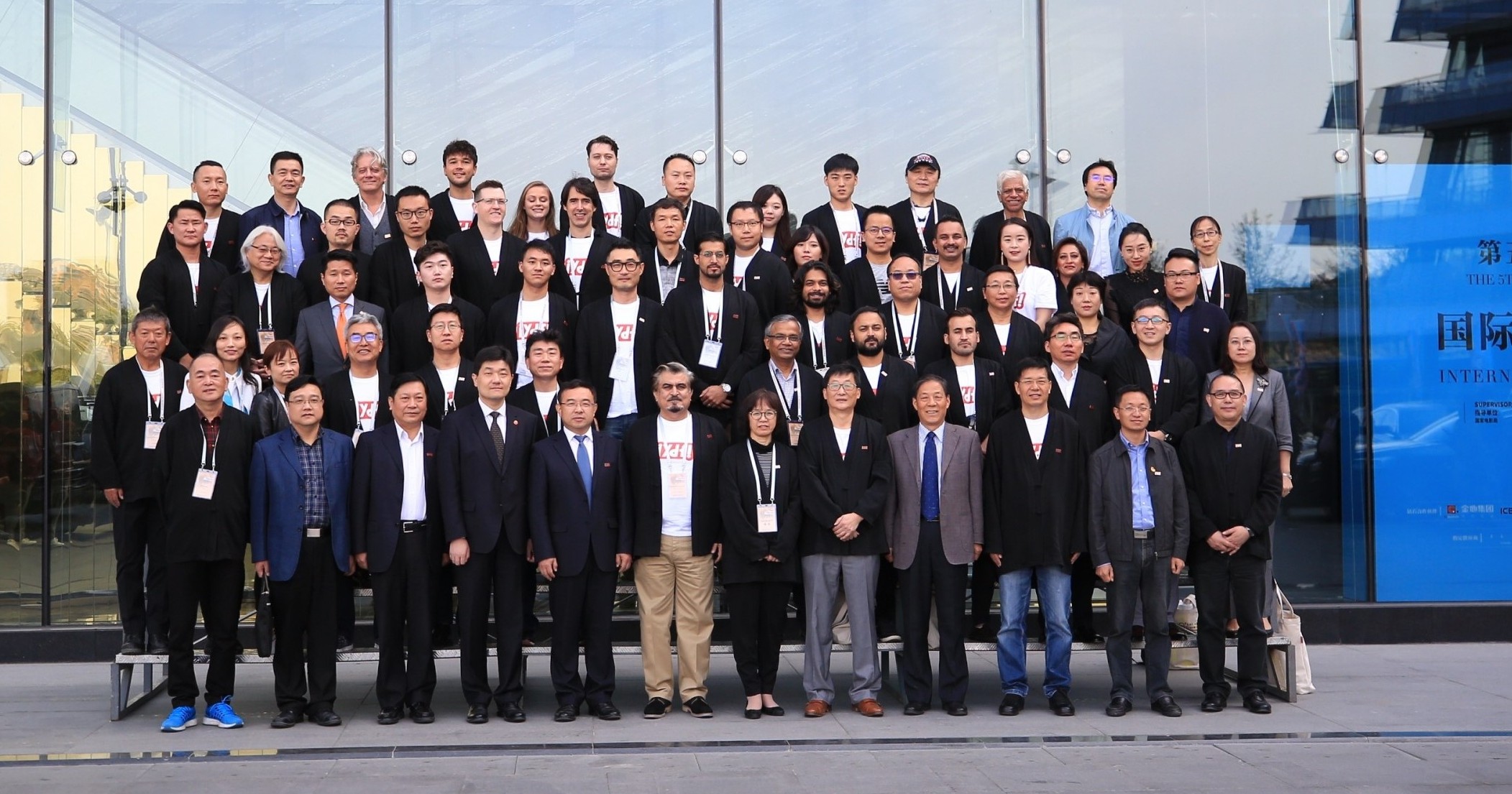 With the theme of “New Era, New Silk Road and New Vision,” a total of 565 movies from 68 countries and regions competed for Golden Silk Road Media Awards and Trophies. 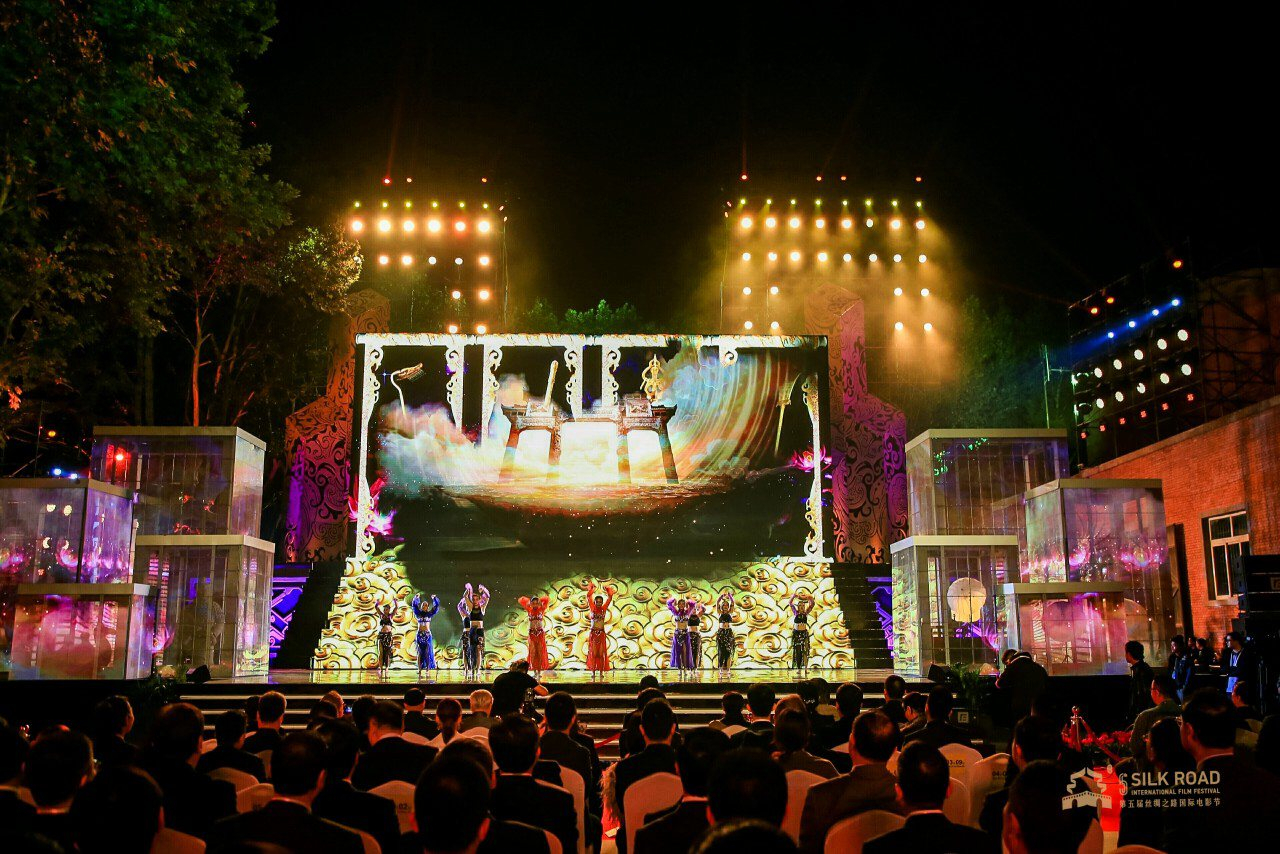 Jamal Sohail’s Taking Direction was about filmmaking where a film director goes through ups and downs of his film career. His second film Alif was about a child with special needs. Jamal Sohail’s third film Pentagram took us to a motel for eleven minutes where horror is born and breeds (the horror genre is favourite among young). Jawad Sharif’s fifty-four minute journey K2-The Invisible takes us to the snowy mountains, our precious treasure and pride up in the Northern Circuit. Shamoon Kiani was seen with two films: Let the Sun Rise which took us on the road with two innocent boys who collect trash and rags from the streets all day long and earn fifty rupees for their poor mother in the slums. Shamoon Kiani’s second short Forage is a meaningful commentary on how terrorism and violence has torn our society in bits and pieces with evil of dowry playing in the backdrop. Andkaar from Farhad Riaz, Sedentary from Akram Jalla and Loug from Zafeer Butt also received good response. Jamal Shah of Hunerkada Chief and Director General of the Pakistan National Council of the Arts, lead the Pakistani delegation comprising of Rabiia Amin ,Jamal Sohail and Aijaz Gul. Jamal Shah who was wearing several caps on the occasion as distinguished actor, painter of repute, film producer, director, screenwriter and composer, was star of the night when his film Badal: Revenge of the Worthless premiered on October 10 to capacity audiences. In the post-screening session, Jamal Shah spoke of the severe challenges he had to go through filming with budget constraint as a major hassle. He advised the upcoming young film makers to open their mind to out- of- the- box options and solutions with new horizons. 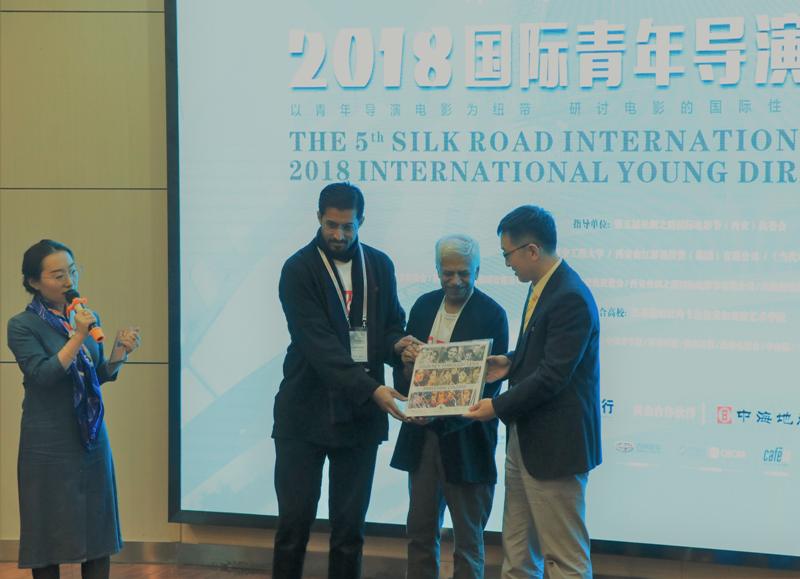 The 5th Silk Road International Film Festival included signing ceremony of Pakistan-China co production film venture Road to Heaven. Jamal Shah was one of the main speakers who spoke on the close relations between Pakistan and China. He spoke on how films can bind the two countries covering intimate relations of mankind and surroundings. This is the biggest gift mankind can give. Art brings this relationship to life covering our past, present and hope for the future. Film Road to Heaven revolves around a man who contributes to the society enormously with his love and understanding for humanity and life. The hero embarked upon journey on Silk Road with a purpose. The film may be based on the life of an individual but it covers more than just an individual. It is, in a way, a tribute to what CPEC holds for the future. Road to Heaven would open the gates to Pakistan-China film collaboration with warmth, sincerity and energy. 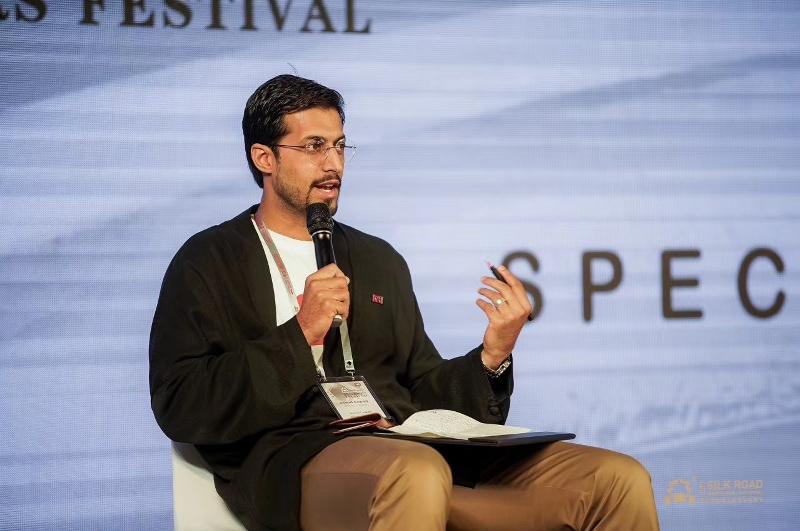 The festival concluded with a closing ceremony in which everyone was bid farewell and was thanked for their participation and for coming to China. Jamal Sohail and Aijaz Gul also presented a copy of their book Journey Through Lens: Pakistani Cinema at the closing ceremony as a cultural gift to Mr. Ma Dong, Dean School of Media, Xi’an Polytechnic University.

Briefing on the film festival, Lu Kelun, deputy director of the Shaanxi Press, Publication, Radio and Television Bureau, pointed out that the Silk Road Film Festival has new features and highlights compared with the previous four sessions. First, introduce the “One Belt, One Road” initiative. The second is to highlight the new image of Xi’an in Shaanxi in the new era. The third is to prosper and develop the Chinese film industry. The fourth is to implement more Huimin activities. This year’s film festival will be a film culture event that will lead the industry development, newcomers, new generations, and wonderful sharing.

It has added special activities such as “Young Director Exchange Forum”, “The Movie Debate World”, “Master Carnival” and “Showing Carnival”. During the festival, 147 outstanding films from home and abroad will be screened in 23 theaters, 30 colleges and universities, 10 comprehensive plazas and 100 demonstration communities in Xi’an, he added.

The festival used movies as a medium, which helped China to build a cultural bridge connecting countries along the Silk Road, promote cultural exchange and increase cultural recognition, to boost the Belt and Road construction, said the organizer.