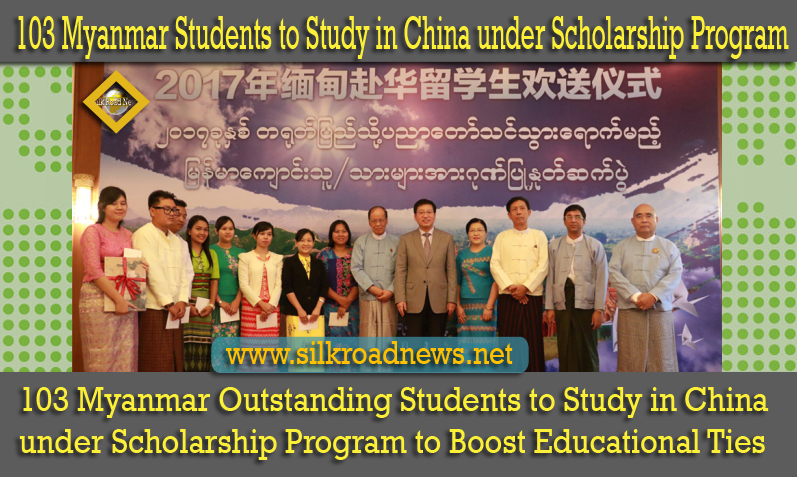 Naypyidaw,Aug. 31: China’s southwestern neighbour Myanmar is sending 103 outstanding students to study in China under a scholarship and stipend program to boost educational ties and promote development in Myanmar.The scholarship winning Myanmar students were bid farewell on Wednesday.  Speaking at a ceremony, Chinese Ambassador Hong Liang noted that China has actively participated in promoting the development of Myanmar's education sector, donating friendship school buildings and introducing a program of China-Myanmar friendship scholarship and stipend as part of promoting "Pauk-Phaw" friendship.

The program was introduced in 2016 to support the education development of Myanmar.

China announced scholarships for 3,000 freshmen from nations and regions along the Silk Road Economic Belt and the 21st Century Maritime Silk Road each year, to make studying more attractive in China, according to the international cooperation and exchange department of China’s Ministry of Education.

China has signed agreements on the mutual recognition of academic degrees with 46 countries and regions around the world, according to Ministry.