One of the most talked about issues in Kenya currently is the Chinese-funded and built railway line connecting the capital Nairobi to the port city of Mombasa, on the shores of the Indian Ocean. 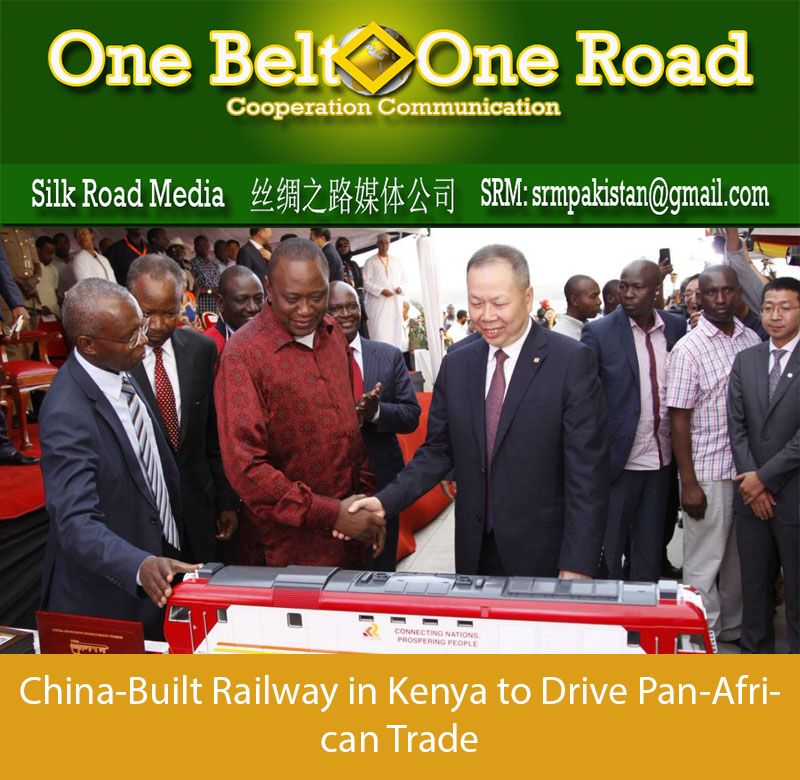 This East African nation has reason to celebrate. Mombasa is a crucial hub for trade, business and pleasure and it is therefore a city of interest for many across the East African region.

The new railway line is so significant that for weeks now the government and opposition have been locked in a war of words over who deserves to take credit for this milestone.

It is about 122 years since a railway line was launched in this country and Kenyans are optimistic that the socio-economic impact will be astounding.

Many are already enjoying the benefits. Travelers to Mombasa who could not afford the expensive flights had to resign themselves to the bus, which takes nine to 10 hours and costs between about $12 and $20, depending on the season.

When there is a mishap on the road, as often happens, the trip can be much longer.

With the new trains it will take about four hours to travel between the two cities. When President Uhuru Kenyatta launched the new railway line, he offered an introductory fare of $7. But fares will soon be revised to a standard $9.

Those who want to travel in the more luxurious first class will have to pay about $30, which is still an attractive offer for many. The train's capacity is 1,260 passengers.

The direct benefits also extend to containerized cargo being transported from the Port of Mombasa to the Inland Container Depot in the capital Nairobi. Cost of transport will reduce drastically by about 40 percent.

Business people will also save a lot of time, with cargo transportation times being slashed from 16 to 24 hours by road, to a maximum of eight hours.

These are tangible and immediate benefits. Economic experts are, however, projecting that the new railway will impact the economic landscape for the next 100 years.

These developments are not new to Kenya. In February this year, the Chinese opened the first electric transnational railway in Africa, running from the Red Sea port city of Djibouti to Addis Ababa in Ethiopia.

The economic potential for growth is enormous since Ethiopia is a landlocked country and relies on trucks to transport most of its imports and exports to and from Djibouti.

Through this railway, Ethiopia will be connected in a more efficient way to markets in Asia, Europe and the rest of Africa.

At 10.2 percent, Ethiopia was ranked as one of the fastest growing economies in the world last year and is expected to do much better in light of the new developments.

Kenya is a leading economic powerhouse in East Africa and among the fastest growing economies in the region.

Other countries like Nigeria are also using more modernized railway systems built by the Chinese to boost their economies.

The impact of African countries replacing old, narrow and unreliable gauge lines that are more than a century old with new standard gauge railway lines will not only be felt within these countries but also across Africa.

According to the African Export-Import Bank, intra-African trade was only about 19 percent of the continent's $930 billion traded last year. The rest was shipped out of the continent despite availability of markets across Africa.

This is despite the fact that there are 14 trade blocks in Africa designed to facilitate greater cross-border trade and intra-African economic cooperation.

The main challenge that Africa has faced in its bid to boost pan-African socio-economic cooperation is poor, and in some instances a complete lack of, connectivity. There is therefore a great need for African countries to prioritize infrastructure development since this will provide the continent with the foundation it needs to support all sectors of the economy.

China has emerged as a strong and reliable partner in terms of infrastructure development. A more efficient system of moving goods and services will boost the manufacturing sector, which has been on a steady rise in many countries within the region.

China has recently expressed an interest in building new railway lines for Zambia and Tanzania. Though skepticism persists in regard to the feasibility of connecting West Africa to East Africa, this might not be such a pipe dream after all. It is simply a matter of time before such connectivity becomes a reality.