Fitch stated AIIB’s ratings are based on, "its existing and expected intrinsic strengths. Created in 2015, AIIB has been endowed with a substantial capital based which, in Fitch’s view, will support the projected rapid expansion in lending; exposure to risk will be mitigated by a comprehensive set of policies and by high quality governance. 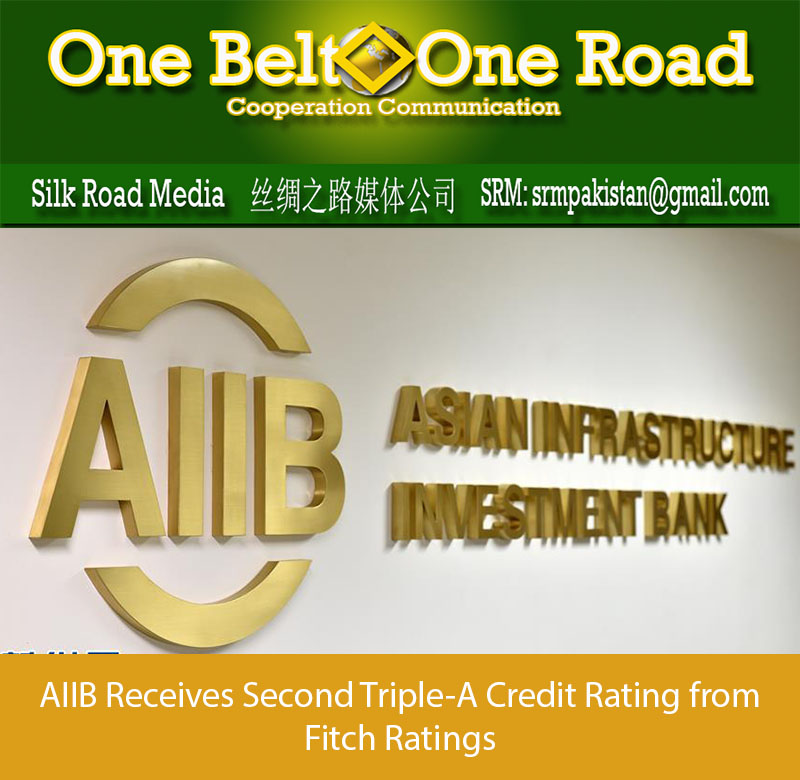 AIIB enjoys an excellent level of liquidity and should benefit from easy access to capital markets."

The document entitled "Fitch Assigns Asian Infrastructure Investment Bank ‘AAA’; Outlook Stable", dated July 13, 2017 is entirely the copyright of, and is reproduced with the permission of Fitch Ratings. The contents of such document are the property of Fitch Ratings and subject to the disclaimers contained in such document.

By accessing the above-described document, the user acknowledges the disclaimer. AIIB makes no representation as to the accuracy or completeness of this document, and accepts no liability for the consequences of your placing any reliance on it.