Bishkek, (Kyrgyzstan), July 7: One Belt, One Road and Xinjiang," an exhibition of works of art on paper made from the bark of the mulberry tree opened Tuesday in Bishkek, capital city of Kyrgyzstan, featuring Chinese calligraphy and painting. 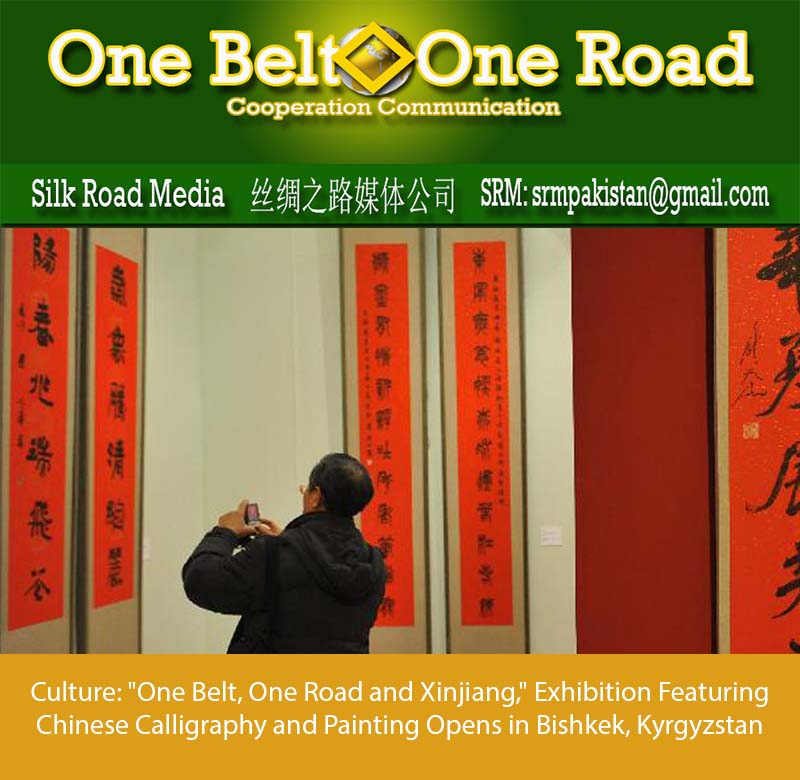 Wei Baoshan, senior secretary of the Xinjiang Academy of Chinese Painting greeted guests and showed off his calligraphic skills at the opening ceremony.

"This is one of the oldest craft on earth, a living relic of civilization and the greatest invention on the ancient Silk Road, which spread to Central Asia and Europe," said the Chinese artist.

The form of art also serves as a witness of political, economic and cultural exchanges between ancient China and the country of Central Asia, Wei said.

Wei emphasized the excellent properties of paper made from mulberry tree bark, explaining that the antiseptic material absorbs water well, is made of high tensile and will not fade for a thousand years.

"It is extremely valuable and won great favor among ancient artists. Western scientists call the paper an outstanding creation that came from the East," he said.

In 2017, the Xinjiang Academy of Chinese Painting organized a series of exhibitions in order to publicize the culture of the northwestern Chinese autonomous region of Xinjiang and to promote exchanges in the field of culture and art between countries along the Silk Road.

The organizers have held a number of events dedicated to the theme, and the Bishkek exhibition is the latest.

The exhibition is organized with material support from the Chinese National Art Foundation and with the assistance of the Xinjiang Economic Newspaper, Contimost magazine and Bishkek Humanities University.