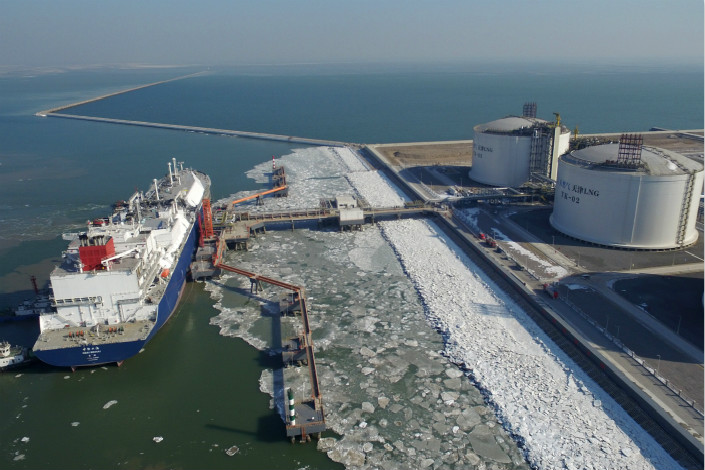 In recent years, leaders of China and Russia have mentioned building an “Ice Silk Road” through developing Arctic shipping routes on many occasions. Vladimir Rusanov is one of the fruits of the Yamal LNG project, the first China-Russia large-scale energy cooperation project implemented in Russia since the proposal of the Belt and Road Initiative (BRI).

Yamal LNG project was put into service in 2017. It is by far the world’s largest LNG plant construction project.

Featuring safety and speediness, the “Ice Silk Road” helps vessels to avoid the threat of pirates in Somalia and the Indian Ocean, and also significantly shortens the voyage time and reduces transportation costs.

According to a credible source, Vladimir Rusanov arrived at Tianjin Port via the Arctic and Bering Strait, with a travel time of 60 percent less than the traditional route via the Suez Canal.

The “Ice Silk Road” is expected to inject new vitality into China’s energy consumption. In particular, with greater efforts being made to boost development in Russia’s Far East, Russia will enhance bilateral cooperation with China in the energy sector through the “Ice Silk Road”, which will effectively ease the shortage of natural gas in China during peak winter months.

Russia will guarantee a stable annual supply of at least 4 million tonnes of LNG to China via the “Ice Silk Road,” said relevant reports.