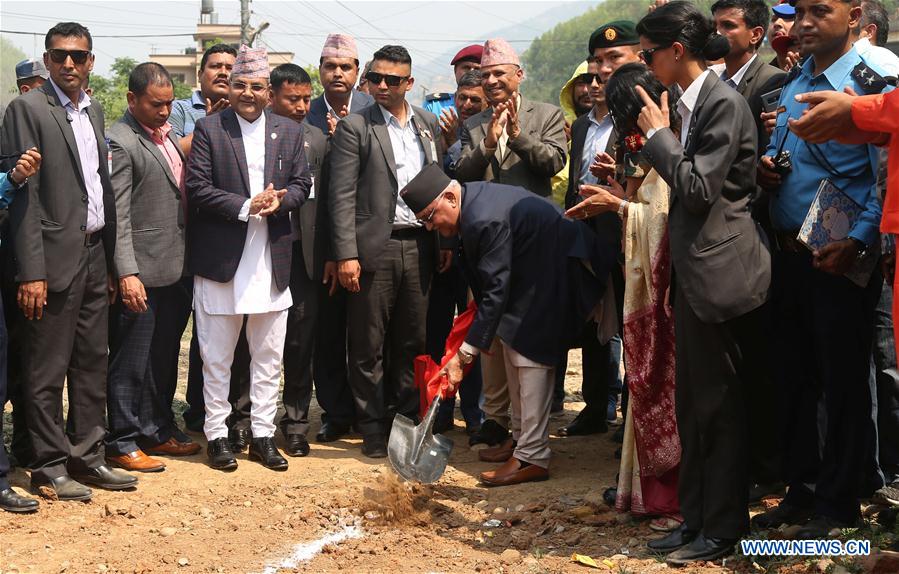 The Chinese company is responsible for laying 555 kilometers of optical fibers out of the planned 2,179-km long fibers from Chiyabhanjyang in eastern Panchthar district to Arughat in western Gorkha district along the Mid-Hill highway.

Once completed, the optical fibers are expected to provide an access to high speed internet and mobile services to the Nepali people.
Nepali Prime Minister KP Sharma Oli on Monday participated in a ground breaking ceremony of laying the optical fibers at Galchhi Rural Municipality of Dhading District, in Western Kathmandu.

According to the NT, the main objective of laying optical fibers is to construct an Information Super Highway along the Mid-Hill highway, which would work as an essential infrastructure to promote e-governance in the areas of education, commerce and agriculture and medical sector and develop smart cities.

During the ground-breaking ceremony, Oli said the start of laying optical fibers along the Mid-Hill Highway was part of transforming the Himalayan country into "Digital Nepal" as envisioned by the Nepali government.

"This will help expanding high speed internet services and will have a role in modernization of the country," he said.

Nepal's Minister for Communications and Information Technology Gokul Prasad Baskota said connectivity by optical fibers would help expanding internet service to nearly half of the population who are currently deprived of internet access.

Chinese ambassador to Nepal Hou Yanqi said that the involvement of a Chinese company in laying optical fibers in Nepal is part of the growing cooperation between Nepal and China in the areas of information technology.

The contractors are expected to complete laying the optical fibers in the next two years. The work, which is being carried out in three packages, will cover 35 districts out of the total 77 districts of the country.

Besides laying optical fibers, China Communications Services International Limited recently got another contract of installing radio access network for NT for expanding 4G service in Nepal. Another Chinese company ZTE, has bagged a contract of developing the core network for 4G service in the country.