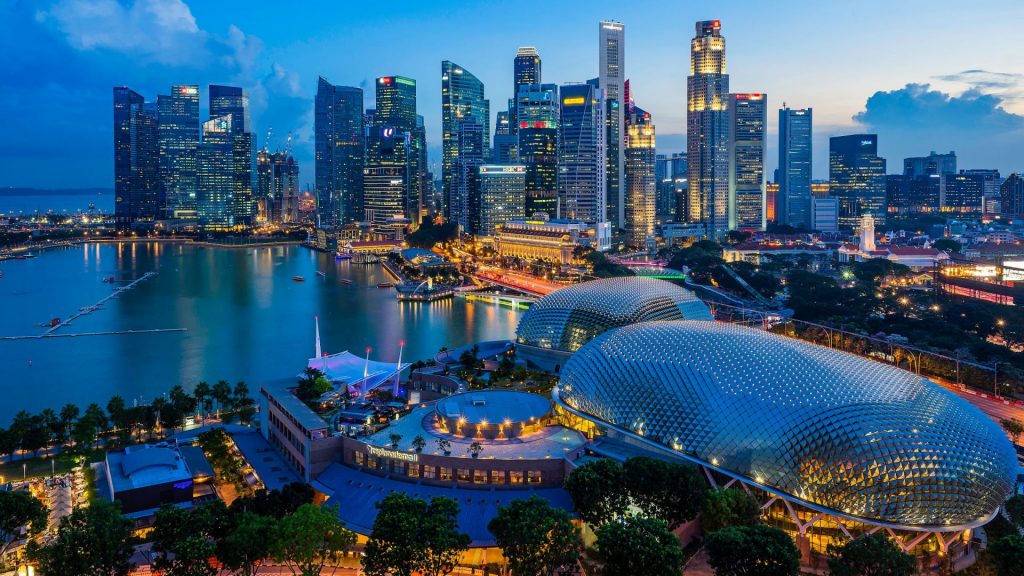 Islamabad, Oct, 14: Emerging Asia’s Singapore knocks United States, the world's largest economy, out of the top spot in the World Economic Forum's annual competitiveness report for 2019. The Asian city state scored top marks for its infrastructure, health, labor market and financial system, according WEF report. With a score of 84.8 out of 100, Singapore is the country closest to the frontier of competitiveness.

Minister for Trade and Industry Chan Chun Sing said on Facebook that the ranking was encouraging as it reflected how strong economic fundamentals here continue to distinguish Singapore from its competitors.

“Nevertheless, as a small and open economy, we cannot afford to take things for granted,” he added.

Other Asian giants Hong Kong stood at 3rd position despite domestic turmoil while Japan clinched the 6th position in the index. 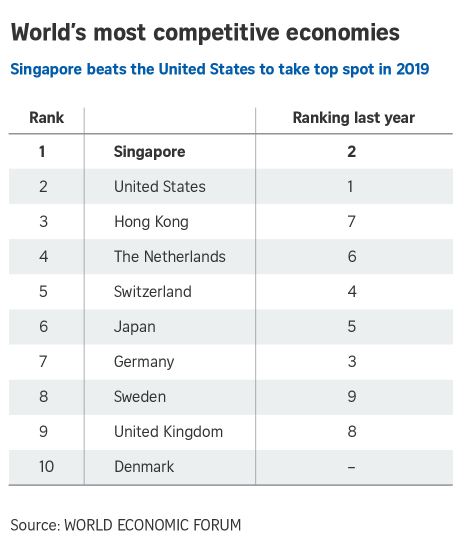 Hong Kong, the financial hub of Asia, received high marks for its macroeconomic stability, health, financial system and product market - the most of any economy.

"Hong Kong's biggest weakness is undoubtedly its limited capability to innovate," the report said, adding that the region also lags behind Singapore in worker protection

The report stated also that Asia-Pacific is the most competitive region in the world, followed closely by Europe and North America.

Other G20 economies in the top 10 include the United States (2nd), Japan (6th), Germany (7th) and the United Kingdom (9th) while Argentina (83rd, down two places) is the lowest ranked among G20 countries

Though the United States has  lost out to Singapore but it remains an innovation powerhouse, ranking 1st on the business dynamism pillar, 2nd on innovation capability, and 1st for finding skilled employees.

The reported stated Nordic countries are among the world’s most technologically advanced, innovative and dynamic while also providing better living conditions and social protection.

Denmark, Uruguay and Zimbabwe have increased their shares of renewable sources of energy significantly more than other countries at their respective levels of competitiveness.

The Global Competitiveness Report series was launched in 1979 to provide an annual assessment of the drivers of productivity and long-term economic growth.