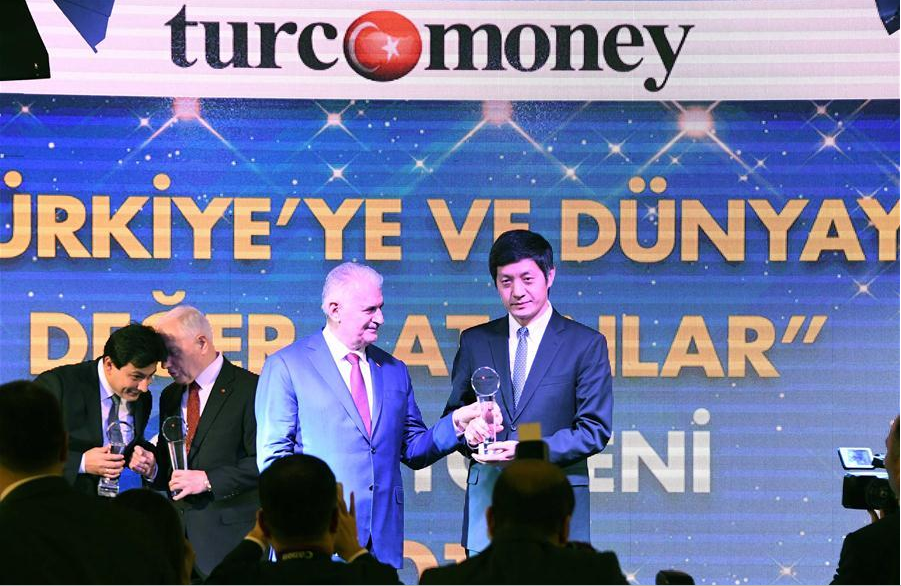 ISTANBUL, Dec. 20 : ICBC Turkey, a branch of the Industrial and Commercial Bank of China (ICBC), on Thursday was named the "International Bank of the Year" for its "distinguished contributions" to Turkey's economy. At an awarding ceremony in Istanbul, Binali Yildirim, speaker of the Grand National Assembly of Turkey, granted the award to Gao Xiangyang, chairman of ICBC Turkey.

Granting awards for those making contributions to Turkey and the world is a traditional program of Turcomoney, which is marking its 7th founding anniversary.

ICBC Turkey, which was established after ICBC purchased a majority of shares of Turkey's Tekstilbank in May 2015, is a business institution that provides all-round financial services, as it is licensed for commercial banking, investment banking and asset management.

ICBC is China's largest commercial bank as well as the world's largest bank by assets.

Turkey's geographical location holds a significant position in the Belt and Road Initiative (BRI) stretched along the ancient “Silk Road” — a network of trading routes established by the Han Dynasty spanning the Asian continent — served as a bridge between China and Asia Minor (modern-day Turkey).

Actually, BRI is a global development project launched by Chinese president Xi Jinping in 2013 and looks to connect Asia, Africa and Europe, with billions of dollars' worth of infrastructural investment projects involving roads, railways, ports and energy transmission lines.