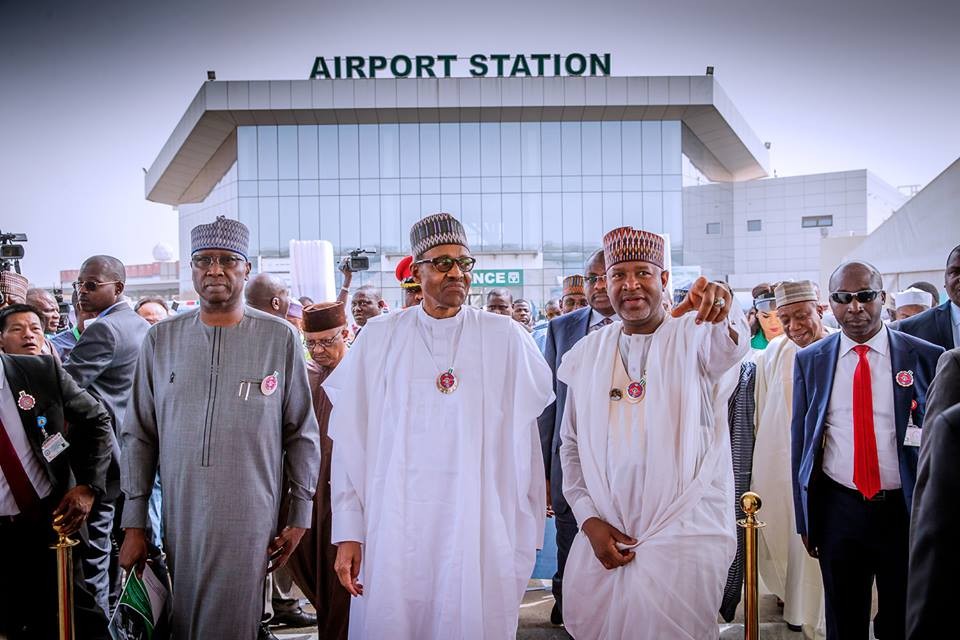 Abuja, Dec. 23: China-assisted and built Nnamdi Azikiwe International Airport terminal in the capital city of Abuja was inaugurated by Nigerian President Muhammadu Buhari on Thursday, paving the way towards achieving the dream of African connectivity. The multi-billion dollar infrastructure project will boost regional integration and enhance trade and cultural ties.

The “ultra-modern” facility will accelerate the government’s goal to develop Nigeria into a regional air transportation hub, President Buhari said while speaking at the the inauguration ceremony of the terminal, supported by the Export-Import Bank of China and constructed by the China Civil Engineering Construction Corporation (CCECC), which is involved in many ongoing infrastructural projects in Nigeria, including rail and road construction.

“This event today reflects Government’s deliberate policy to sustain the development of Nigeria’s infrastructure. We are gradually closing the infrastructural deficit bedeviling our country,” Buhari added.

In his speech, Buhari also said that the Nnamdi Azikiwe International Airport terminal is the first to be connected to a rail transport system in the country and the West African region.

The new terminal, the second in a series of four new terminal projects in Nigeria, was constructed in partnership with the Chinese government. In October, a terminal was inaugurated at Port Harcourt Int’l Airport in southern Nigeria. The other two terminals are respectively in Kano and Lagos.

These four new international airport terminals are counted on to modernize airport operation and passenger facilitation across Nigeria, enabling the Nigerian government to realize its set objective of elevating its aviation industry to meet international standards.

Travelers and users of the major airports in Nigeria have long complained about congestion, insufficient facilities and outdated equipment.

It also has a walkway to link the Nigerian capital metro rail with an additional apron linking the domestic wing of the airport and many other facilities.

Nigerian Aviation Minister Hadi Sirika said the facilities were properly designed and laid out in accordance with modern requirements for airport operations.

Sirika said the airport is strategic to Nigeria, as the gateway to the nation’s capital, and is the second busiest airport in the country.

“Likewise, the Nnamdi Azikiwe International Airport is the fastest growing in passenger traffic in West and Central Africa with an average growth rate of 8 percent,” Sirika said.

Chinese Ambassador to Nigeria Zhou Pingjian, noting that the most effective way to develop an economy is to provide transportation infrastructure, urged the Nigerian government to continue to improve the sector.

Zhou said the completion of the capital international airport terminal project has added impetus to the mutually beneficial China-Nigeria cooperation, noting that the Chinese government is committed to partnering with Nigeria to build long-lasting infrastructure in the country.