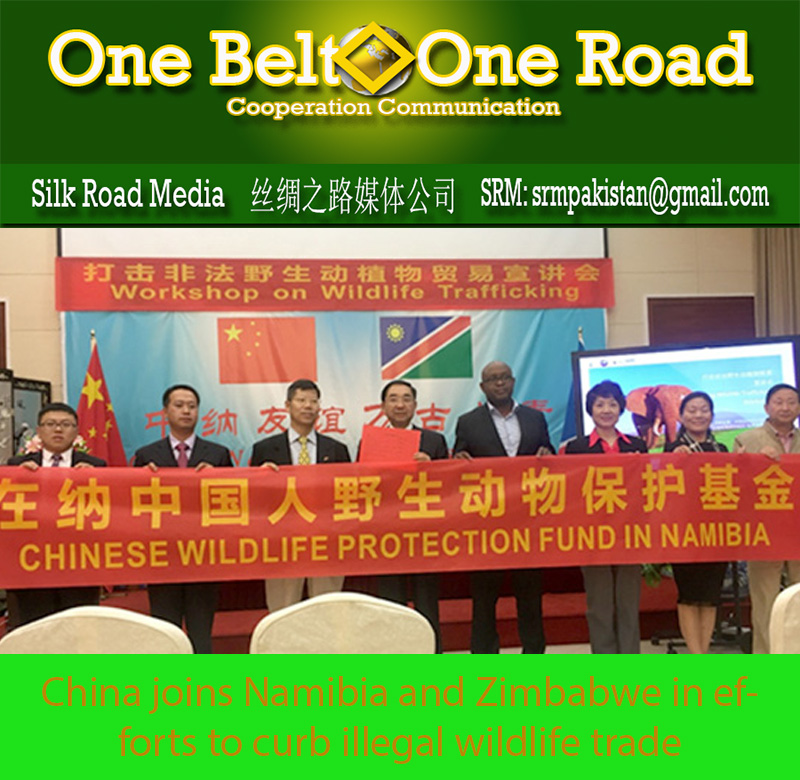 Zimbabwe is a popular destination for Chinese tourists to Africa thanks to its abundant wildlife resources. There has been a steady growth in economic and technological co-operation and investment between the two countries in recent years, with China supporting the construction of various infrastructure and factories in Zimbabwe. Namibia is also a popular tourism destination and likewise also maintains extensive economic and cultural exchanges with China following the establishment of diplomatic relations.

However, the increasingly closer ties between China and the two African nations have also created opportunities for illegal exploitation of wildlife species, with products smuggled to meet demand in the Chinese marketplace. The two workshops provided an opportunity for Chinese citizens based in Namibia and Zimbabwe to be made fully aware of the illegality of such activities and the risks of becoming engaged in them.

More than 160 local Chinese nationals from State-owned enterprises, private businesses and residential communities attended the workshops held in Windhoek and Harare respectively. Local NGOs and both local and international media were also present. Tommy Nambahu, Namibia’s Vice Minister of Environment and Tourism and Mandoga, Zimbabwe’s Director of Environment and Natural Resources Department, Ministry of Environment, Water and Climate made the opening remarks at the respective workshops.

“From the strategic height of China’s overall national development, the Chinese government has been consistently improving the legal framework and the laws that provide legal protection to strengthening wildlife protection and combatting illegal trade in wildlife. China will, as always, fulfill in good faith our obligations under international conventions and take active part in international co-operation on wildlife conservation,”said Huang Ping, the Chinese Ambassador to Zimbabwe.

“We travelled thousands of miles to Africa to deliver this simple but clear message to Chinese people in African countries: do not purchase ivory or other illegal wildlife products,” said Zhou Fei, Head of TRAFFIC’s China office. “We expect representatives attending these workshops to help relay that message to their respective companies and Chinese communities.”

During the workshops, local Chinese company representatives pledged to continue raising their staff’s awareness about protecting wildlife. A special wildlife conservation fund among Chinese companies and communities operating locally in Namibia was established and raised an initial fund of NAD110,000 (USD8,500).

During the visits, constructive bilateral consultations also took place between China’s State Forestry Administration and their counterparts in Namibia and Zimbabwe respectively. Both sides recognized their shared responsibility in ensuring compliance with CITES regulations and agreed to strengthen information exchange and build enforcement capacity to prevent the smuggling of wildlife products.

This was the seventh outreach workshop of its kind jointly conducted by TRAFFIC and WWF in collaboration with the Chinese government. The first took place in Kenya in January 2014.