BEIJING, July 14 (Xinhua) -- Born on the Java island of Indonesia, Hendy Yuniarto used to be surrounded by seas and mountains, even active volcanoes. He never imagined that one day he would live in a dry and cold place such as Beijing.

However, this became a reality after he graduated from Indonesia's Gadjah Mada University with a master's degree in linguistics and cultural science. 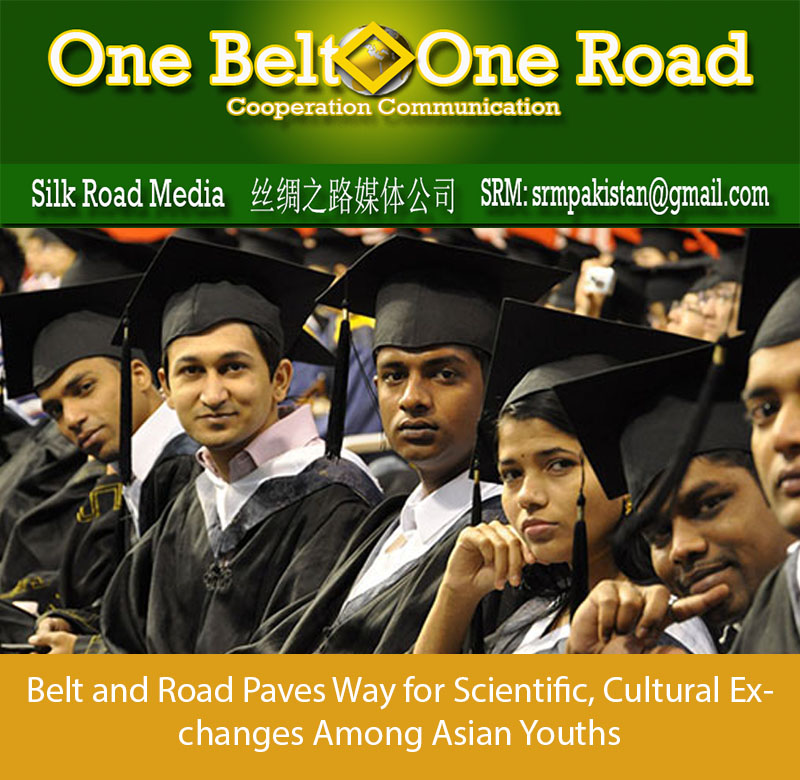 After working as a lecturer and a journalist for a local newspaper for a couple of years, Yuniarto joined an education exchange program between China and Indonesia, and got a job opportunity to move to China to teach Indonesian culture and language at the Beijing Foreign Studies University (BFSU) in 2015.

"I want to make my students and Chinese people know my country more, not just Bali island," Yuniarto said, laughing.

"I also want to learn Chinese," he said. "China has such a rich culture as well as a long history."

"My specific scientific job was to find the relationship between the outbreak of isopods and mangroves dying-off. I enjoyed my job and have learned a lot from my Chinese colleagues," Thiri said.

"After working and studying together for 18 months, we have a lot of happy memories," said Yang, Thiri's mentor, adding "We also found that Thiri has many good qualities for us to learn from."

"For example, from July 2016 to February 2017, we conducted ecological investigation and sampling at the mangrove natural reserve area at Hainan's Dongzhai Port three times. Under harsh conditions such as heat, sunburn and muddiness, Thiri always worked hard and with pleasure. She was also very helpful to others and willing to share her expertise and experiences with others," Yang said.

Yuniarto's life as a teacher in Beijing also suits him well. While he is teaching, Yuniarto likes to combine Indonesian culture with language. He wants his students to learn his mother tongue in the context of Indonesian culture and history.

"I enjoy what I am doing very much because I feel proud to introduce my country to my students," the young man said.

GETTING TO KNOW CHINA

Yuniarto also very much enjoys his leisure time in Beijing. He loves visiting Beijing's historical places, such as the Great Wall, the Summer Palace, the Temple of Heaven, the hutongs and the Forbidden City.

He also loves Chinese movies, especially Kungfu films. "I am a big fan of Jackie Chan!" he said.

To fully understand Chinese culture and history, Yuniarto joins in all sorts of traditional Chinese festivals, such as the Lantern Festival, the Tomb-Sweeping Day, and above all, the Spring Festival.

"Chinese culture influences people's daily lives in many activities, especially how they respect their parents and the elderly," he said.

Similarly, in her spare time, Thiri took tours in and around the city of Beijing and to Hainan Island in south China. "When I was young, I always wanted to see how huge the Great Wall of China is. I enjoyed the sceneries of China."

Currently working as a research officer at an environmental lab of the Biotechnology Research Department under Myanmar's Education Ministry in Yangon, Thiri thinks her work experience in China has helped her a lot in her current job.

"I can apply that knowledge in my research field," she said.

Cai Jianing, deputy director-general of the Department of International Cooperation under the Chinese Science and Technology Ministry, said that since the ministry initiated the TYSP in 2013, more than 200 young scientists from India, Pakistan, Bangladesh, Mongolia, Thailand, Sri Lanka, Nepal, Egypt and other countries have come to China to participate in China's scientific research work, greatly promoting the exchanges of scientific and technological researchers among countries along the Belt and Road, and helping cultivate many international ringleaders in science and technology.

"Our next step is to further promote the scientific and technological exchanges between China and the countries along the Belt and Road, jointly establish experiment labs, enhance cooperation among science parks of Belt and Road countries, and speed up technology transfers," Cai said.

As for Yuniarto, he still wants to live a few more years in Beijing before returning to his home country.

"My current Chinese level is only intermediate, so my future plan is to continue my studies here in China, especially for a Ph.D. program in Chinese culture," he said."Then I will come back to my country, and teach Indonesian students and people Chinese language and culture."

In the past few years, China has been expanding educational cooperation with the countries along the Belt and Road, with many foreign scholars and students like Yuniarto participating in it.

Tian Xuejun, vice minister of the Chinese Education Ministry, said that during the process of "heart to heart connection" among the people in Belt and Road countries, education serves as a glue, a catalyst, and a lubricant.

"Education is a fundamental subject and has a characteristic of nourishing all softly," Tian said. "That's why educational exchange is getting increasingly important."