The ratio of Chinese workers with a plan for further education is double that of workers in the United States, a survey by U.S.-based networking website LinkedIn has found. 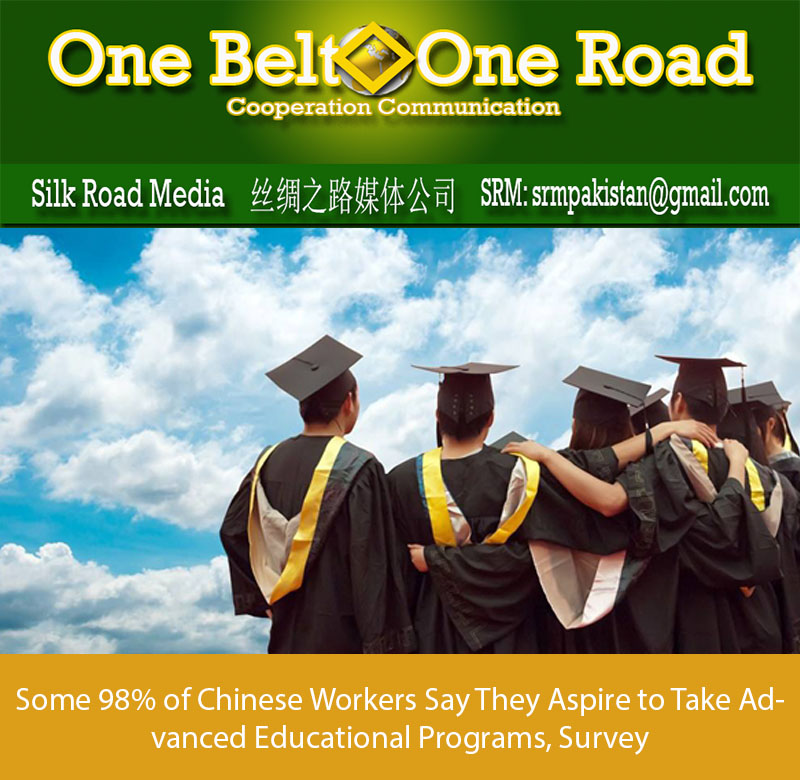 As many as 98 percent of Chinese workers said they aspire to take educational programs, either degree programs or skills courses, according to a report published on Thursday.

A 2015 LinkedIn survey of workers in the U.S. found only 49 percent wanted more education.

Among the workers who intend to pursue advanced studies, 65 percent of Chinese respondents said they will carry out the plan within one year, compared with 51 percent of the U.S. respondents who wanted more.

Nearly half of the Chinese workers who desire further education said they will spend more than 100,000 yuan (US$14,700) to follow through. It takes an average of 100 days from having such an idea to paying the tuition, according to the survey.

More than 500 people took the online survey, which was conducted by LinkedIn in January.

The top three reasons given by Chinese workers for adding to their education were to improve their professional skills, make themselves more competitive and enrich their life experience.

Only 21 percent of Chinese respondents said they wanted further education to get a higher salary, which was the top choice－ticked by 54 percent of the respondents globally, according to a LinkedIn survey two years ago.

"Chinese workers, especially the middle-aged ones who have reached a certain point in their career paths, show incredible passion for further education. They have a strong consciousness of crisis and want to have more control of their career development," said Zhou Xiaodan, head of marketing solutions for LinkedIn China.

The survey also found that 4 in 10 Chinese workers preferred online education to a traditional classroom when considering programs for a career boost.

Nearly 70 percent of women wanted to take language courses online, and 60 percent of men aimed to pick up skill training, according to the survey.

Experts believe that as technology in big data and video transmission continues to advance, the online education market will continue to boom.

Twenty percent annual growth has been seen in the online education market on the Chinese mainland since 2013, when the market size was nearly 84 billion yuan, according to local consultancy iResearch. It is expected to break 200 billion yuan in 2018.