The meeting, held at Al Husseiniya Palace, focused on means to further enhance investment and economic cooperation between Jordan and China, which this year marked the 40th anniversary of the establishment of diplomatic ties, according to a Royal Court statement. 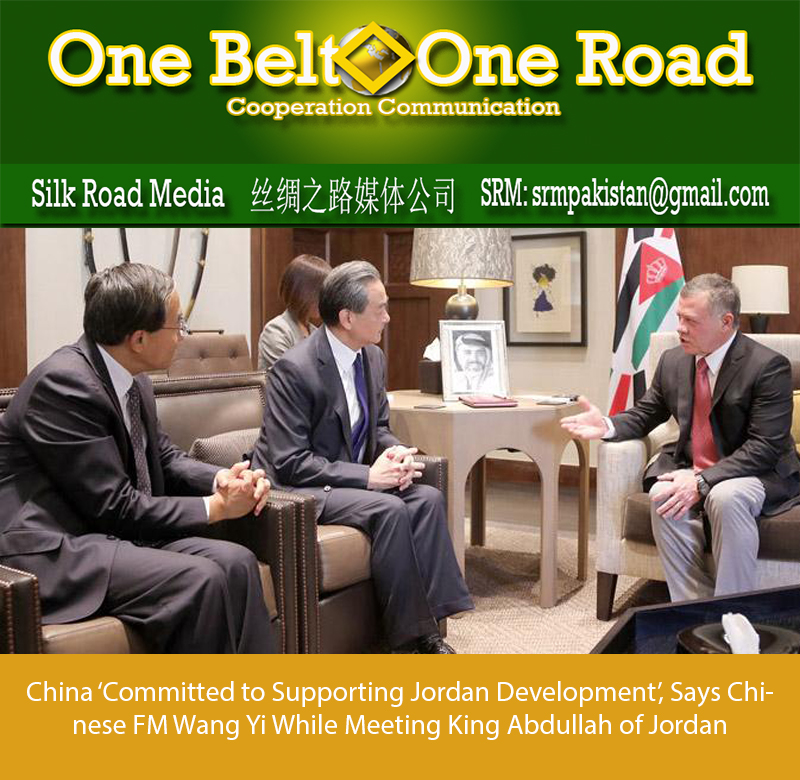 King Abdullah and the Chinese official also went over investment opportunities in the Kingdom’s vital sectors, mainly tourism, phosphate, potash, energy and transport, as well as ways to encourage Chinese businessmen and tourists to visit Jordan.

They discussed the establishment of a Jordanian-Chinese technical university and reviewed the latest developments in the Middle East, mainly the Palestinian-Israeli peace process and the Syrian crisis.

King Abdullah and the Chinese official stressed the importance of intensifying efforts to find comprehensive political solutions to the regional crises, in a way that can restore security and stability to its peoples.

The talks also addressed regional and international efforts to fight terrorism within a holistic approach as terrorism threatens global peace and stability.

The Chinese minister conveyed the greetings of Chinese President Xi Jinping to His Majesty and voiced his country’s appreciation of Jordan’s pivotal role under King Abdullah’s leadership, to preserve regional stability and clarify the true image of Islam, the Royal Court statement said.

Also on Thursday, Foreign Minister Ayman Safadi met with his Chinese counterpart Wang Yi, with whom he discussed ways to cooperate in advancing regional stability based on their unified stance towards the regional crises.

Safadi reaffirmed the need to reach peaceful solutions to the crises in Palestine and Syria.

The two ministers highlighted the two-state solution as the sole  feasible solution to the Palestinian-Israeli conflict and a prerequisite to regional stability.

They also called for an immediate ceasefire in all Syria, underlining the need to hold talks with all concerned parties to find a political solution that will bring safety and stability to Syria and its people.

Speaking at a joint press conference held at the Foreign Ministry, Safadi said the two officials agreed that the fight against terrorism in the region must continue at the political, military and cultural levels.

He underlined Jordan’s support to the one-China policy, adding that Jordan is committed to doing what is needed to translate this principle on the ground.

For his side, Yi said external interferences in the internal affairs of countries in the region escalate tensions, urging the international community to dedicate more attention and efforts to support development in the Middle East to address the threat of terrorism more effectively.

He also noted that conflicting geopolitical interests hinder the progress towards a political solution to the Syrian crisis.

On the Palestinian issue, he said: “China stands firmly with its Arab friends in this conflict”.

Commenting on the recent rift between Arab Gulf countries, the two officials said Gulf countries are capable of addressing their conflicting views, and expressed hope these countries would overcome the current difficulties.

Regarding bilateral ties, Safadi said the 40 years of diplomatic relations between Jordan and China have contributed to cooperation at many levels and a “true partnership”.

Yi expressed his country’s keenness to increase cooperation with Jordan, adding that China, which has the second largest economy in the world, is committed to sustaining its support to Jordan’s development in light of the pressure of hosting Syrian refugees.

He added that many Chinese tourists have been visiting Jordan recently, expecting more visitors to come to Jordan in the near future.

Peshawar, June 18: A China Study Centre ,offering specialized courses of Chinese language and culture, has been established at the University of Peshawar by the Khyber Pakhtunkhwa government, state media reported. 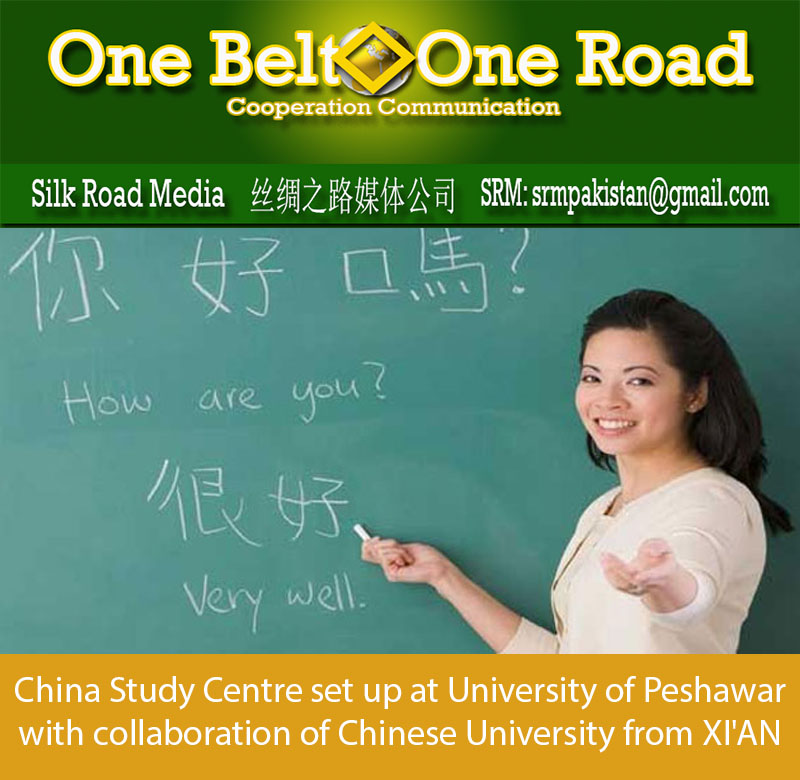 A Memorandum of Understanding in regard was signed with North West University XI’AN of CChina for academic collaboration during Silk Road Education Cooperation Fair, recently held in China.

According to the MOU, faculty and student exchanges between University of Peshawar of Pakistan and North West University XI’AN of China will take place. Official sources said both the varsities would jointly work on research projects through academic cooperation. The centre will also strengthen existing Pakistan-China friendship.

After the launch of China Pakistan Economic Corridor, universities from both countries have strengthened academic linkages , boosted exchange programmes and launched joint projects for win-win cooperation. 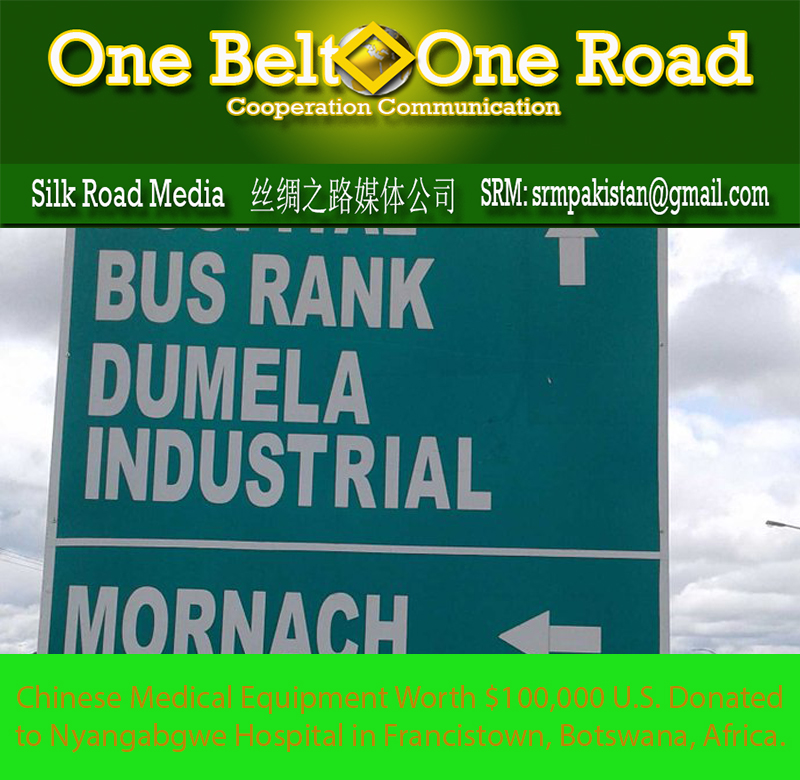 "The charitable activity of these two Chinese citizens is a vivid display of solid friendship between China and Botswana," said Wang Bangfu, Political Counselor of Chinese Embassy at the handover ceremony.

"What makes this donation unique is that it is from private citizens instead of government or institutions. I believe that with our joint efforts, China and Botswana will certainly have a brighter future in health cooperation," he said.

Receiving the donated medical equipment, Deputy Permanent Secretary in Botswana's Ministry of Health and Wellness John Botsang said the cooperation between Botswana and the People's Republic of China goes back more than three decades.

"As this relationship gradually grew, not only did they (Chinese medical experts) provide specialist services but also contribute immensely in donating various items such as medical equipment, medical books and other items like televisions," said Botsang.

For over three decades, the Chinese government has been sending medical specialists to work in Botswana for a rotating period of two years.