BUENOS AIRES, June 17 (Xinhua) -- With Argentina's participation announced on Friday, the Asian Infrastructure Investment Bank (AIIB) has now six members in Latin America, a fact indicating its increasing influence in the region and around the world. 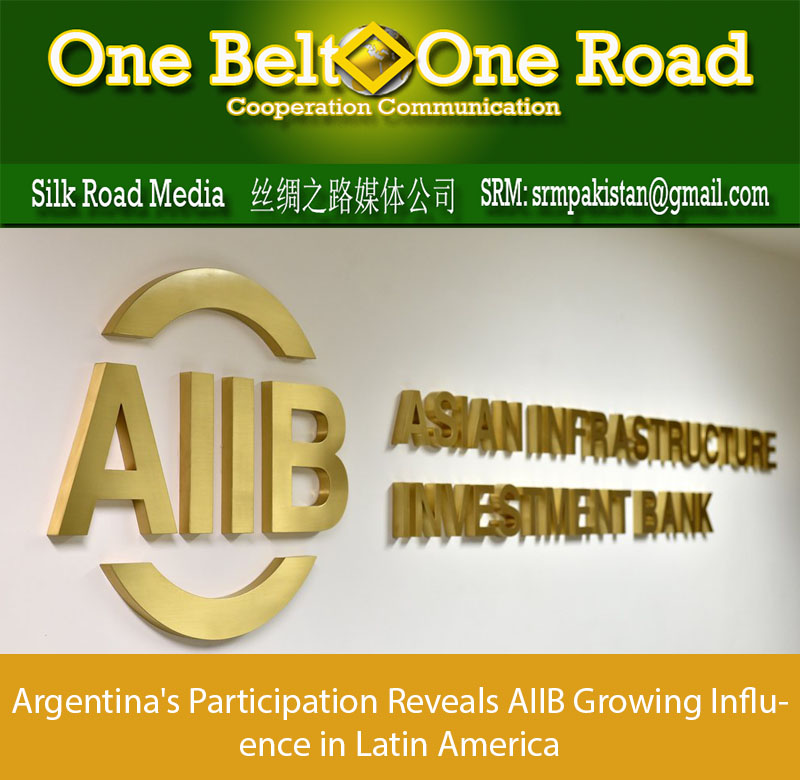 The move highlights AIIB's growing influence worldwide. It also shows that the AIIB concept of cooperation highly agrees with the need of development in Latin American countries.

The increase in AIIB's Latin American members reveals the region's close relations with Asia as well as a its intention to seek bilateral bonds, AIIB Vice President Sir Danny Alexander told Xinhua Friday on the sidelines of the second annual meeting of AIIB board of governors held in the southern South Korean resort island of Jeju.

Meanwhile, Latin American countries' intention to take part in the AIIB reflects the fact that AIIB commitments are global, he added.

For Argentina, the AIIB serves as a good bond with China in pushing common development, enabling promotion of its infrastructure construction and exchanges with China, Argentine President Mauricio Macri said during attendance of the high-level Belt and Road Forum for International Cooperation held in May ahead of his state visit to China.

Nadia Radulovich, co-founder of Asia Viewers consultancy, said, "AIIB can help Argentina, which is an emerging economy in need of massive investment, to sustain economic growth."

Yang Zhimin, a researcher with the Research Institute of Latin America under the Chinese Academy of Social Sciences, said Argentina is under pressure to seek funding after settling a debt crisis.

"Argentina fails to get what it wants from international financing after settling its debt crisis. The Macri administration has to seek various channels for funding," Yang said.

The AIIB, being capable of both funding and prioritizing infrastructure projects, is exactly what Argentina and many other Latin American countries urgently need in their efforts to upgrade infrastructure, according to Yang.

Poor infrastructure in Latin American countries has led to low trade facilitation and less favorable environment for both foreign trade and capital inflow, Yang noted, adding that an AIIB membership will help improve their trade and investment environment as well as international competitiveness.

Yang also believes that with the support from the AIIB, cooperation between China and Latin American countries will expand further and go deeper, bringing tangle benefits.

The AIIB is expected to do a good job in organizing and coordinating the cooperation projects, said the Chinese expert.