MEXICO CITY, June 15 (Xinhua) -- Mexico's first shipment of blueberries to China was dispatched on a flight from Guadalajara, capital of the west-central state of Jalisco, the government said on Thursday. 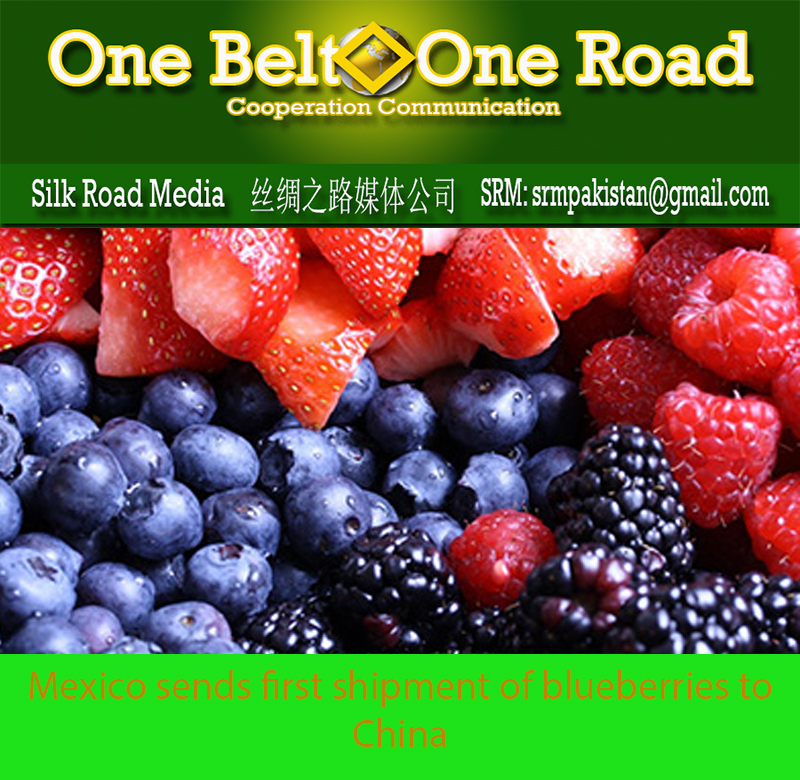 The 630-kilo cargo comprised 420 boxes of the fruit cultivated in rural Jalisco, the Ministry of Agriculture said in a statement.

Jalisco Governor Aristoteles Sandoval, accompanied by ministry officials, were on hand to officially launch Mexico's first ever China-bound blueberry shipment, at a ceremony held at the air terminal.

The ministry's coordinator for international affairs, Raul Urteaga, noted Mexico is the world's second-largest producer of berries, including strawberries, blackberries and blueberries.

According to Sandoval, Jalisco produced 107,109 tons of berries in 2016, generating about one billion U.S. dollars in export revenue.

Since 2015, Jalisco-grown raspberries have been shipped to China, helping to boost the sector and generate employment for the state.

Mexican blueberries received the green light from China's General Administration of Quality Supervision, Inspection and Quarantine (AQSIQ) following the signing in November of a bilateral agreement on the required phytosanitary protocols and requirements.