WASHINGTON, June 12. /TASS/. The trade turnover between Russia and the United States may substantially rise this year, the Russian trade representative in the U.S. Alexander Stadnik said Sunday. 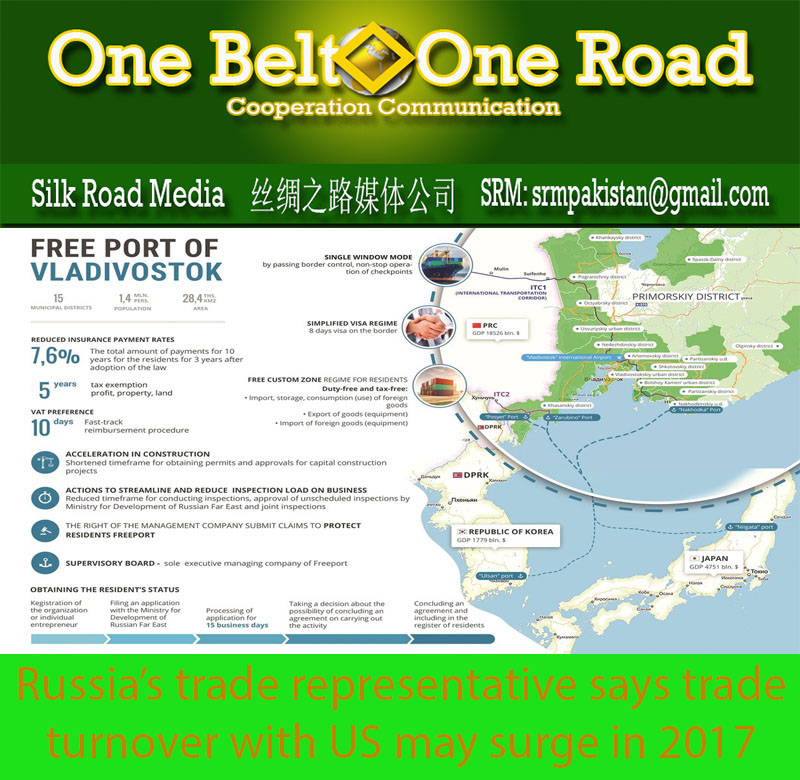 "The results of the first quarter of this year show that the trade is gaining momentum. The growth rate is already 30% and more as compared to the previous period. This gives grounds to believe that business activity is increasing," he said.

"It is, of course, difficult to predict what we will have in the end of the year, but taking into the current trends, as well as the stabilization of prices, including those that depend on oil and gas prices, the results will be more significant than the results of 2016," Stadnik said, adding that the trade between the two states is gradually getting back to the pre-crisis level.

According to Russia’s trade representative, more than 30% of foreign participants at the latest St. Petersburg International Economic Forum were American, 144 out of a total of 516 companies.