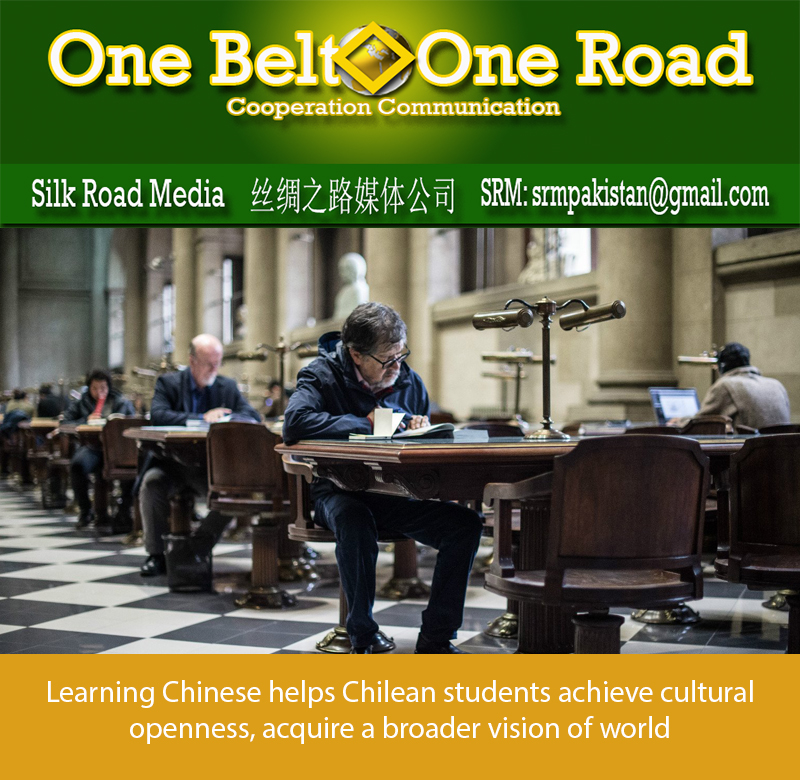 The Chinese language is taught at 16 city-run schools in five regions of the country these days, half of them in the southern region of Biobio, due to "a regional initiative to get closer to China," Karina Pina from the Education Ministry told the daily.

Apart from learning a language that many believe will be in increasing demand as China becomes a leading global power, studying Chinese has the added benefit of increasing students' cognitive and artistic skills in other areas, said Pina.

"Constructing and understanding Chinese characters promotes a high degree of creativity in students, which expresses itself beyond the level of language," she said.

What's more, students who study Chinese "achieve a degree of cultural openness," and acquire "a broader vision of the world," she said.

In 2004, when Santiago hosted the Asia-Pacific Economic Cooperation (APEC) Forum, Chile and China signed an agreement to promote Chinese language learning. The program kicked off in 2005 at three city schools, with the goal of having 100 Chileans speaking Chinese by 2010.

Last year, 1,704 Chilean students enrolled in Mandarin classes, and this year, China sent 18 professors to teach at schools around Chile.

Chinese-language professors are provided by Hanban, the department of China's Education Ministry in charge of promoting Chinese as a second language abroad, through its network of Confucius Institutes, two of which operate in Chile, one at the Catholic University and the other at the University of Santo Tomas.

A little more than a decade since the Chinese-learning program began, Education Ministry has established a certification program to certify students who have achieved a certain level of linguistic skill, making them eligible to apply for scholarships to study in China.

The Ministry aims to have the country's secondary school students graduate with at least an intermediate level of Mandarin, "the level required to apply for the scholarships China's government offers to study there," said Pina.
Source by: news.xinhuanet.com