KATHMANDU, June 21 (Xinhua) -- Nepali Prime Minister Sher Bahadur Deuba on Wednesday appealed to the general public to adopt a healthy lifestyle by making Yoga a part of their lives. 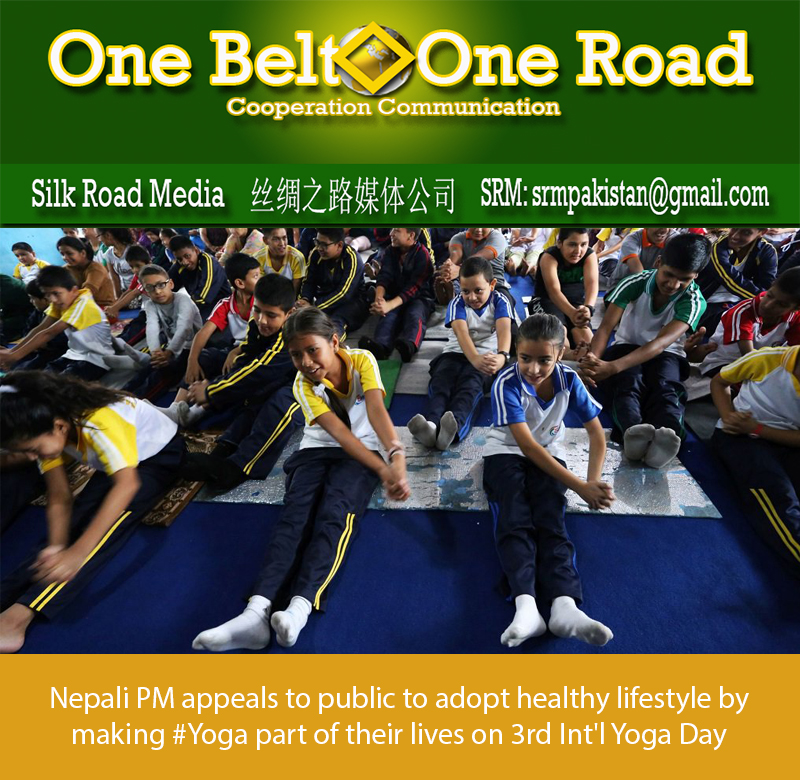 PM Deuba made the remarks when addressing a mass Yoga demonstration ceremony held in the capital Kathmandu on the occasion of the 3rd International Day of Yoga.

Claiming that Yoga helps maintain peace and harmony, he asked all to be healthy and prosperous through regular Yoga practice.

"Yoga is an ancient discipline which is essential for both mental and physical health. Yoga helps to have healthy body and health mind and in overall, a balanced life," Deuba said.

This is the second year the Nepal government formally celebrated the International Day of Yoga, which was declared by the United Nations in 2015.

Yoga has been gaining wide popularity in Nepal in recent years. It is regarded as an invaluable gift of ancient tradition and most essential for a healthy life.

Yoga instructor Mohan Man Shrestha told Xinhua on the spot, "I am teaching Yoga since last 10 years. If we continued Yoga every day, we should never visit hospitals or doctors. It's good for both physical and mental health."

"I am 64 years old but I have never taken any medicines or visited hospitals. It has been possible only through Yoga," added Shrestha.

According to instructors, maximum of the Yoga practitioners in Nepal are women. They gather in local Yoga centers or available spaces every morning and practice different postures.

Since health problems like gastritis, diabetes and uterus ailments are quite common among Nepalese, they regard Yoga as a perfect medium to fight such diseases.