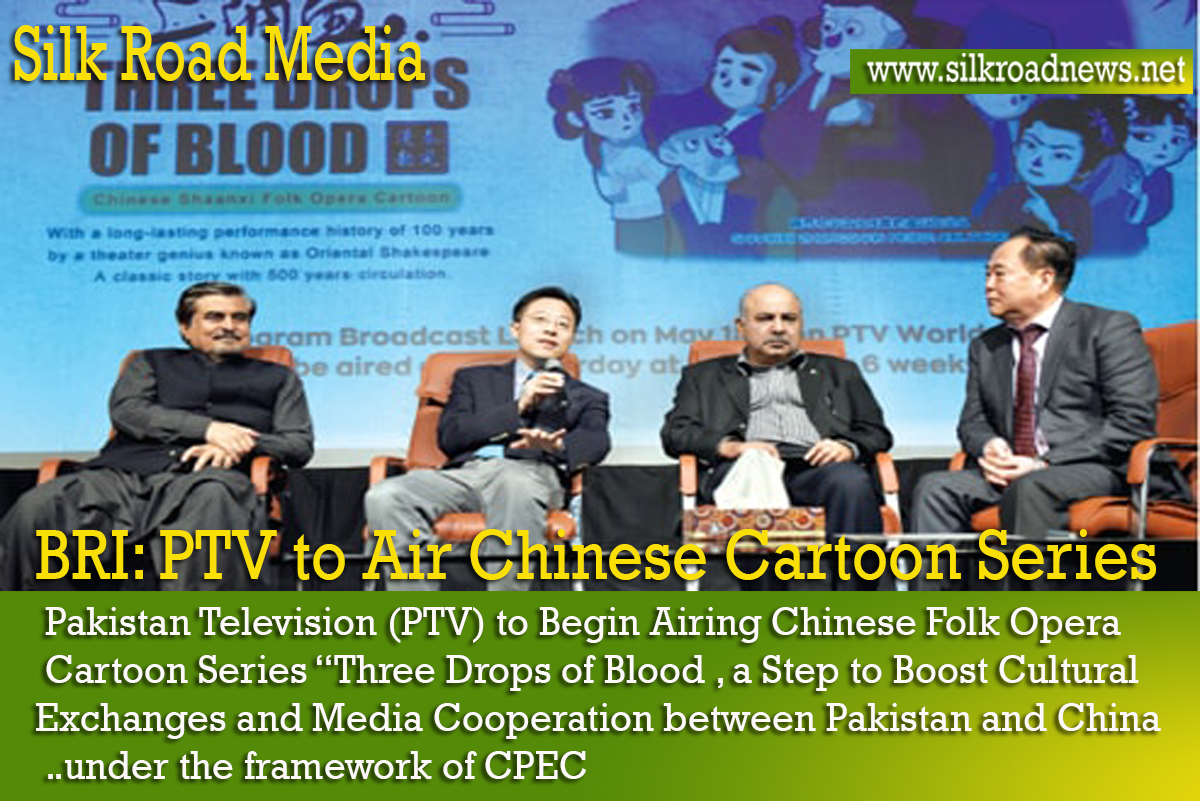 May 17: Pakistan Television (PTV) will begin airing Chinese folk opera cartoon series titled “Three Drops of Blood, a step towards expanding horizon of cultural exchanges and media cooperation between Pakistan and China under the framework of CPEC, a flagship project of China's Belt and Road development plan.

The announcement was made at the official launching ceremony jointly organised by the National Council of the Arts (PNCA) and Pakistan Television (PTV) on Friday evening.

Speaking at the mesmerizing ceremony, General PNCA Jamal Shah said “Three Drops of Blood”, Chinese Shaanxi folk Opera cartoon, sheds light on the strong ties between Pakistan and China, and lauded the cultural exchanges between the two countries which he said had been of high calibre and value.

Appreciating the continuous support of China, increasing investment and cooperation in art and culture by the Chinese government, he said: “Art and culture engages people in an intimate manner, thereby transpiring several other levels of engagement. Art and culture inform individuals about themselves intimately. Intimate knowledge becomes strength making people informed decision makers.”

He further added by saying the program will be followed by a workshop of animation by inviting emerging animators from schools and media institutions. While a Chinese film festival will also be arranged.

Depicting traditional values of Chinese culture, “Three Drops of Blood” is a classical story with 500 years’ circulation by a theater genius known as Oriental Shakespeare with a long lasting performance of 100 years.

The story’s themes revolve around ancient and apocryphal issues, the Emperor’s Court, interpersonal relations and textual research on the classics of the upper class, meanwhile involving folklore, anecdote, medical science, divination and astrology, and the tales of God’s, ghosts and goblins discussed among the lower classes.

According to the producers, the cartoon stories also reflect contemporary social issues, laying bare several of its contradictions besides illustrating the good and evil conduct of various social classes of the day.

The program will be screened on PTV World every Saturday for six weeks.

Since the launch of CPEC, increase in people to people exchanges and collaboration in art and culture sectors have attained significant place on the agenda of policy makers of China Pakistan strategic cooperation partnership.